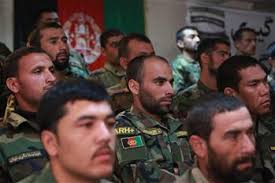 The governmental Ethiopia Human Rights Commission (EHRC) disclosed on Wednesday up to 80 people are believed to have been killed in recent unrest.

In a press statement, EHRC said unrest that affected various parts of Ethiopia’s largest Oromia regional state and Ethiopia’s capital Addis Ababa has resulted in up to 80 people being killed, hundreds injured and property damage estimated to be in millions of U.S. dollars.

“EHRC has observed many of the victims were either stoned to death, beaten to death by sticks or burnt to death. The government should bring to justice the perpetrators of these awful crimes,” said the EHRC statement.

Deadly clashes erupted in various parts of Ethiopia earlier this month amid street protests which turned into ethnic and religious themed violence pitting members of the ethnic Oromo population against members of various ethnic minorities living in Oromia.

The violence also affected some parts of Ethiopia’s capital Addis Ababa which is totally surrounded by Oromia.
In the wake of the violence, Ethiopian Prime Minister Abiy Ahmed promised to bring to justice suspected perpetrators in the recent clashes.

On Tuesday, the Oromia police commission disclosed it has arrested 359 people suspected of involvement in the recent clashes.