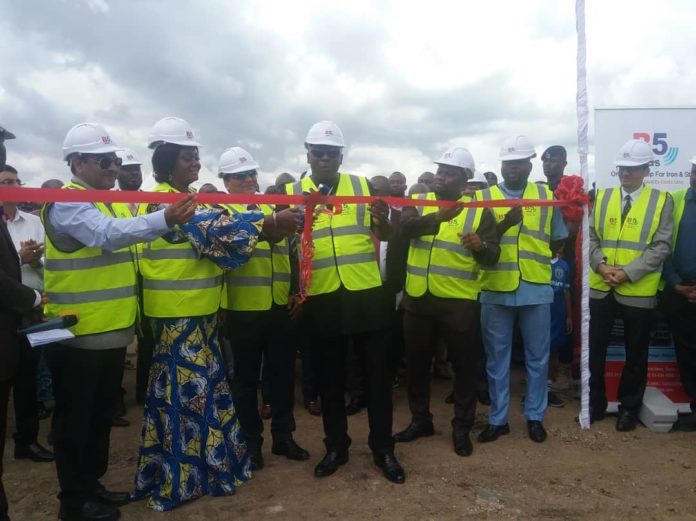 The deputy minister of Trade and Industry, in charge of trade and also MP for Team West Constituency, Carlos Kingsley Ahenkorah, has appealed to the various district assemblies and traditional authorities to embrace the establishment of factories proposed by foreign and private firms to enhance government’s 1D1F flagship project.

To complement government’s efforts to establish 1D1F to cut down on the unemployment situation in the country, the Ministry of Trade and Industry in collaboration with a foreign steel manufacturing and distribution company B5Plus Limited, have cut a sod for the construction of a steel company at Lokpleku Village in the Ningo Prampram District of the Greater Accra Region of Ghana.

Speaking at the event, Mr. Ahenkorah, noted that the project is fully funded by B5Plus Limited and they are committing about $80 million for the establishment of the steel factory which is expected to produce about 15,000 metric tonnes of steel every month.

He added that, the partnership will ho a long way to contribute to the development of the country. The Deputy Minister however, noted that about 200,000 to 300,000 metric tonnes of steel were imported into the country every year, and by the establishment through this partnership, the country would be saved of some large sums monies.

Meanwhile, he said government was optimistic the project will create more jobs for about 3,000 youths, enhancing production of natural resources and as well as harmonize exportation.

The District Chief Executive of Ningo Prampram, Mr. Jonathan Teye Doku, in his expression told the gathering that the people of the District were happy and welcomes B5PLUS and the Government for the decision to establish one of the biggest factories in the District under the 1D1F project.

Mike Thakwani, the Chief Executive Officer of B5PLUS Limited, intimated that Ghana had been its biggest partners, thus it’s currently working with more than 3,000 Ghanaians and intends to add about 3,000 more when the project is completed.

He further disclosed that, the company currently has about 1000 companies all over the country it distributes to as their credible business partners.