A total of 84 students pursuing various courses in both tertiary and private tertiary institutions have received partial scholarships in the Asante-Akim South Municipality.

The beneficiaries made up of 50 males and 34 females were selected from 145 applicants after a rigorous selection process supervised by a five- member panel appointed by the Scholarship Secretariat.

The panel included two representatives from the Scholarship Secretariat, one each from the Municipal Education Directorate, traditional authorities and the Municipal Chief Executive.

An amount of GHȼ 108,000.00 was disbursed to the beneficiaries who constituted 60 per cent of the total applicants.

This is under the District Scholarship Scheme introduced by government following the decentralization of the disbursement of funds by the Scholarship Secretariat to reach out to more students at the local level.

Mr Alexander Frimpong, the Municipal Chief Executive (MCE), at a ceremony to present the funds to the beneficiaries congratulated them for being part of the success applicants.

He charged them to work hard to justify the investment being made in them by government, reminding them that there were many people who also deserved the support but were constrained by finances.

He said the decentralization of the Scholarship Secretariat was a demonstration of government’s holistic approach towards making education more accessible and affordable, having rolled out the free Senior High School policy. 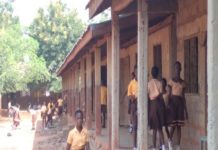 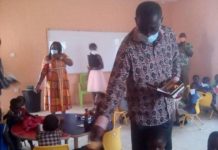 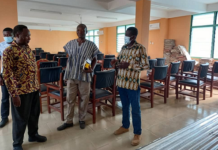 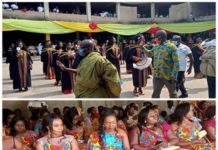