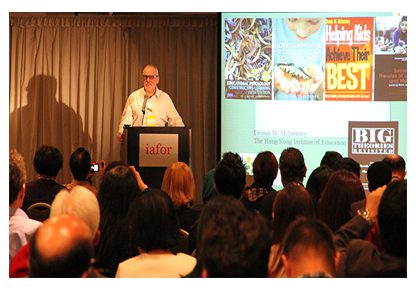 The 8th African Confederation of Principals (ACP) Conference to be hosted by the Conference of Heads of Assisted Secondary Schools (CHASS) has been rescheduled for Monday, 15th ? Wednesday 17th December, 2014 with the Event Closing Dinner for Thursday, 18th December, 2014 at the Accra International Conference Centre and the Banquet Hall, State House respectively.

The Conference, which was originally scheduled for 1st ? 4th September, 2014 had to be postponed following a government directive to suspend all international conferences due to the Ebola outbreak in some African Countries.

The conference under the theme: ?Educating the African Child: Walking the Policy Talk? will be attended by representatives of Heads of Senior High Schools from Ghana and other English speaking African Countries including Lesotho, South Africa, Nigeria, Tanzania, Kenya and Uganda.

According to by Mr. Samuel Ofosu ? Adjei host Chairman and President of CHASS, a revised programme would be released soon whilst apologizing for any inconvenience caused by the postponement.