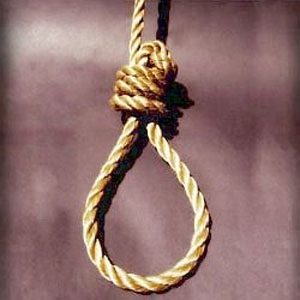 A 34-year-old mason from Bomfa in the Ejisu-Juaben Municipality has been sentenced to death by the Kumasi High Court for murdering his friend over GH?20.

The convict, William Koffie, who pleaded not guilty to the charge of murder, was, however, found guilty by a jury and the court presided over by Mr Justice Paul K. Richardson, sentencing him to death by hanging.

He is currently at the Kumasi Central Prison awaiting the orders of the President for his execution.

Koffie hit his friend, Stephen Dzamesi, with a shovel on the shoulder and left side of the abdomen, after which he left Dzamesi to his fate.

Presenting the facts of the case, a State Attorney, Mr Edward Charles Addo, told the court that both Dzamesi and Koffie were masons resident at Bomfa.

He said on February 14, 2012, the two, who had worked for a developer, were paid GH?300, and after paying off their labourers, they shared the rest of the money.

He said Koffie, however, managed to convince the developer to pay an extra GH?20 which he (Koffie) kept to himself.

When Dzamesi learnt of the additional payment by the developer, he went to a building site where Koffie was working to demand his share of the GH?20.

A misunderstanding ensued between them and Koffie used the shovel with which he was mixing mortar to inflict multiple injuries on Dzamesi.

Dzamesi was rushed to the Bomfa Health Centre by some good Samaritans who had been attracted to the scene. He was treated and discharged the same day.

However, his condition worsened in the early hours of the following day and he was rushed to the First Klass Hospital at Konongo, where he was pronounced dead on arrival.

A post-mortem conducted on him indicated that Dzamesi had died of massive internal bleeding as a result of a ruptured spleen caused by a blunt tool.