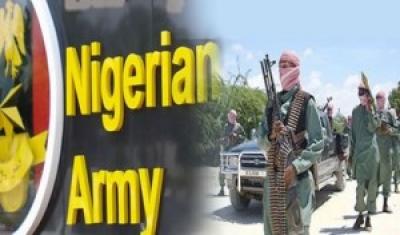 The Nigerian Army has lifted the ban it placed on vehicular movement in troubled Borno state capital town, Maiduguri,  to ward off the alleged planned attack of the Boko Haram insurgents.

A ban was placed on vehicular movement on Sunday.

But in a press release on Tuesday signed by the Deputy Director, Army Public Relations, 7 Division of the Nigerian Army, Maiduguri, Colonel Muhammad Dole,  the army stated that the vehicles can start moving on the roads as from Wednesday morning.

How Meta sparked a movement to create a #NoFalseNewsZone in Ghana

U.S. Out of Africa! Shut Down AFRICOM!