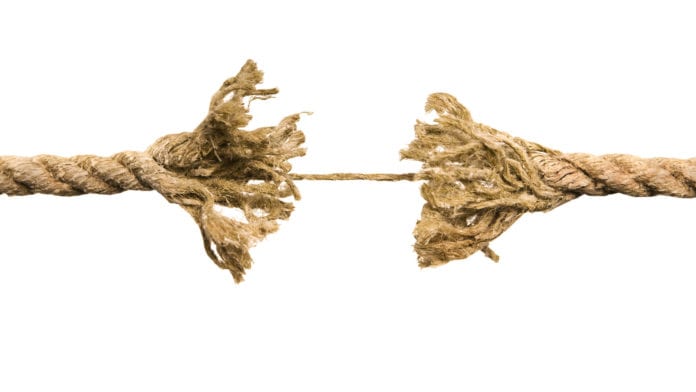 She died of cancer

The problem of suffering/evil has been branded by many Christian Apologist as the toughest question posed against the Christian faith. However, it’s also the one having a lot of presumptions. Anytime the question of suffering or evil is posed by someone, he or she presumes that it cannot exist together or be true with the existence of God. That may be true of other worldviews but certainly not the christian worldview. We constantly affirm that our worldview makes sense of the suffering and evil in this world. That may not be the case, for example, when you’ve lost a loved one, say, your mother to cancer. All of a sudden, life wouldn’t make sense anymore, or at least for some time. When you approach such people, they’ll mostly use their experience with suffering as the ground to establish a meaningless world. It’s normal for them to do so. I understand that grief can make you feel left alone. And once again, it’s normal to feel that way. But we shouldn’t forget that in the christian message God isn’t distant from us. He came to suffer with us, to bring hope and meaning. This is enough to make us understand that we are NOT alone. God is near. Life makes sense with this amazing claim established in the Christian faith, even in times like this.

A Christian brother raped my daughter

Let’s turn our attention now to something else. The Christian, while affirming that their worldview makes sense of suffering, face an even greater question. Anytime someone asks this question, he wants to think our message is worth considering. But then he asks, why have Christians inflicted so much pain on many, killed thousands and committed so many cruel acts in the name of Christ? Here, our very claim of a meaningful world is town apart. And we are the very ones doing that. No wonder Dr. John Lennox oftentimes say he’s ashamed of this fact, in response to the issue. I think I’m also ashamed writing about this topic because it makes it hard for people to even believe our message. I have to be honest with you here. We can tell someone who has lost the mother through cancer that God’s not far from him but what should we tell the person whose daughter had been raped by a Christian brother? Suddenly, our confession of a meaningful world breaks down. And quite rightly, it should. It tells me how much we are looking for coherence in the answers we give and the life we live. The Christian in order to seriously lay claim of a meaningful world even in the face of suffering would have to live a life that sustains that meaning. I don’t even know why the Christian is the only one accused of this in the first place. A person may claim that ethics is relative yet define the Christian brother’s action of rape as wrong. My question is, how does that agree with his relativism? I don’t say this to mean that rape is right— No, at least that’s another issue to look at. I’m saying this to remind you that there are many people, like the Christian brother, whose lives do not agree with their teaching. So why is the Christian considered with such brazenness. I think it’s because people aren’t willing to look at the life of Jesus Christ. He did not live a life that’s incoherent with his teaching! His kingdom is not of this world, he said, else his angels would have fought against his arrest. Anyone, in strict sense, who inflicts pain on people in the name of Christ and kills thousands of people is not following him. The Christian brother who’s involved in rape is not living as Christ lived. Jesus insists that if you must call him LORD, you must do what he says.

Listen to Richard Dawkins or any Buddhist priest

I’d like to conclude with this other issue. I’ve heard far too many people walk away from the faith because of a serious experience with suffering or evil. I must admit that the problem of suffering is not an easy one, especially when you’re suffering or being affected by an evil action. Therefore, I don’t intend to make it any hard. What I want to do is to let you know that apart from the Christian faith, there’s no other worldview that brings true meaning to the problem of suffering and evil. (Just listen to Richard Dawkins or any Buddhist priest). When you walk away from this faith simply because you can’t find how God could be near in the earthquake that took your mother’s life, you enter into a world where there’s no true response for your hunger for meaning— not to even listen to it. Yet people would rather live their lives without finding a true meaning for it than have one which provides them with it. I often get shocked at how the atheists firmly asserts meaninglessness in everything and expect us to make meaning out of their assertions. When you walk away from the Christian worldview, you have to be prepared for something like this— a shock