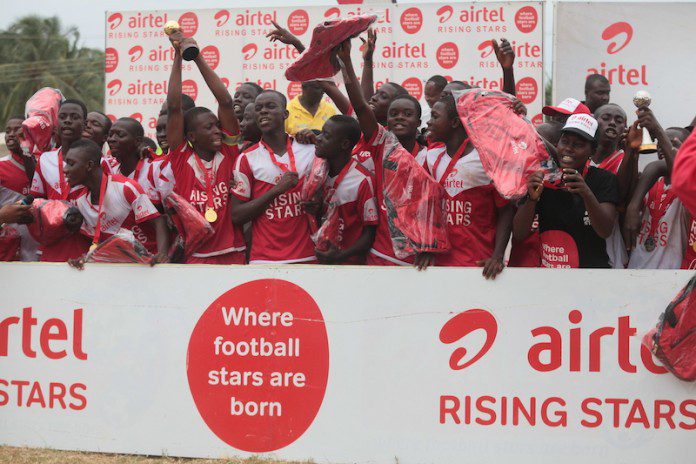 Greater Accra Region over the weekend completed the list of qualifiers for the 2015 Airtel Rising Stars competition to be held in Sunyani from the 28th to the 30th of August.

The region?s Team A outmuscled their Volta counterparts to top the league log with six points in a fiercely competitive zonal qualification played at Denu, in the Volta Region.

The Girls team from the nation?s capital also beat their Volta rivals on penalties to secure a spot in the national finals.

Ghana Football Association Technical Director Francis Oti Akenteng paid tribute to the spirit of the competition and the winners.

?I am impressed with the Greater Accra Team A because they are well organized and play purposefully. This competition never ceases to inspire my belief in the future of Ghana football. And we have seen some very good players who are destined to play for Ghana in both the boys and girls categories,?  said Oti Akenteng.

Airtel Rising Stars, Ghana?s most authentic talent hunt competition at the under 15 level has already crisscrossed the country.

?We have been in Sekondi-Takoradi, Konongo, Wa, Tamale and now Denu? said Kwame Gyan, Brand Assets Manager of Airtel Ghana.

?Everywhere we have gone we have seen worthy champions. And now all the champions are heading to Sunyani. Think of it as a mini champions? league. Think of it as Chelsea, Real Madrid, Barcelona, Manchester United and other top clubs in Europe meeting at one venue and slugging it out. Sunyani will be a test of the best players in Ghana.? Kwame Gyan said. 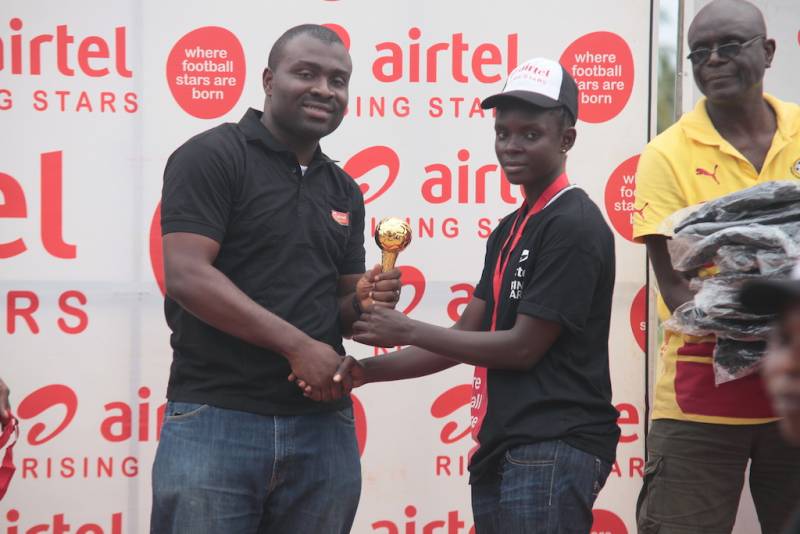 Airtel Rising Stars is a corporate social responsibility program run b by Airtel Ghana to identify the best talent in Ghana at the Under 15 level and bring them to the attention of national team managers.

As part of giving back to the community which hosts them, Airtel Ghana donates a set of jerseys and footballs to a schools that partner the competition.

Further to the jerseys, all players partake in a tree planting exercise in association with the Jessy kawra foundation, which aims at changing our attitudes to the environment.