A day after hacker collective Anonymous claimed credit for taking down the Central Intelligence Agency’s site (cia.gov), a site related to Mexico’s mining industry and a site run by the State of Alabama, Interpol.int has gone offline.

The Friday hacks appeared to compromise emails and other sensitive documents:

A web page that included Anonymous’ signature tag line stated the hacking was in response to Alabama’s “recent racist legislation in an attempt to punish immigrants as criminals” — referring to legislation, signed last June, aimed at cracking down on illegal immigration in the state.

The Anonymous-related Twitter page also provided links to documents, messages and other files that it said it had taken off a website tied to Mexico’s mining ministry.

A message found on Pastebin.com appeared to imply credit for DDoSing Interpol and was tagged “With love from @blackTuesday.” (Ed: The Twitter handle for the group is apparently @BlackTuesdayHG.)

Thousands protested A.C.T.A. (Anti-Counterfeiting Trade Agreement) across Europe on Saturday. While anti-piracy A.C.T.A. is a favorite target for Anonymous’s wrath and plenty of Guy Fawkes masks were in evidence in photos of protesters, it wasn’t clear that the Interpol wipe and A.C.T.A. protests were connected. 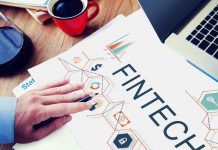