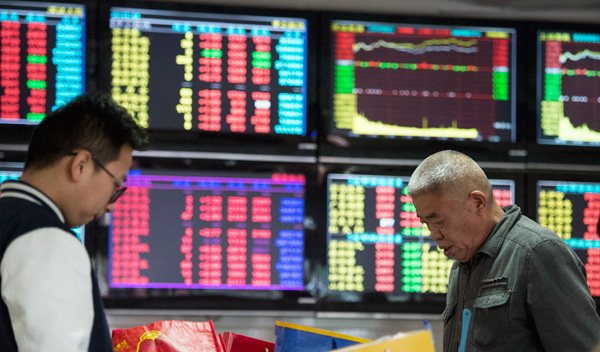 Investors digest the ups and downs of the stock market in Nantong, Jiangsu province, on November 10. Ample liquidity and solid fundamentals are seen supporting the current upswing in China’s stock markets. [China Daily]

The effect of Donald Trump’s election as the next US president on China’s A-share market will be neutral in the short run because it is still too early for investors to assess the potential changes to US economic policies, analysts said.

Gao Ting, head of China strategy at UBS Securities, said that the A-share market has historically shown a strong independence from overseas market trends. How much effect overseas sentiment will have on the A-share market depends on the correlation between the overseas event and China’s economy and policies.

“Since it is too early to tell what changes we could see in US economic policies and policies towards China during Trump’s term of office, we believe the near-term impact on the A-share market will be neutral,” Gao said.

Gao with the UBS Securities said that the mid- to long-term impact of Trump’s victory is likely to be felt through three channels, namely the Federal Reserve’s interest rate policy, a potential US fiscal stimulus package that could boost global demand and the new administration’s trade policies toward China.

China’s benchmark Shanghai Composite Index has gained more than 20 percent from the recent low in January, technically entering the territory of a bull market. The market rally has prompted discussions on whether the bull run will be sustainable.

Analysts said the price surges in the property and commodities markets have made the stock market appear undervalued and more attractive to investors while general interest rates remain low.

A solid economic fundamental and ample liquidity would be two key factors to support the ongoing bull run in the A-share market, they added.

Xiao Shijun, a strategist at Guodu Securities said that the monetary supply would likely tighten toward the end of the year and investors should be prepared for a possible market correction.

“There is a growing market expectation for higher inflation next year given the recent surge of commodities prices and soaring property market. This could constrain China’s monetary policy and be negative for equity prices,” Xiao said.

Despite the uncertainty surrounding Trump’s future policies, analysts said that Chinese infrastructure and heavy industry stocks could get a boost.