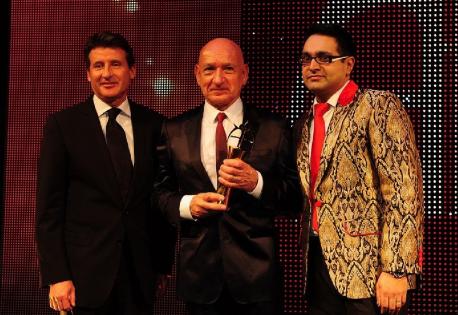 Former Robben Island political prisoner Ahmed Kathrada is to be honoured at the Asian Awards this Friday. Mr Kathrada is to receive the prestigious Founders Award.

Mainstream and African descent celebrities and high achievers across the arts, music, politics and sport will be attending the ceremony to pay their respects to the revered human and political rights activist.

Jackie Chan will be honoured with the prestigious Fellowship Award for over 50 years of outstanding contribution to the worldwide film industry.

Two of Asia?s wealthiest individuals are also among those to be honoured at Asian Awards 2014. Billionaires Cyrus Poonawalla, Head of the Serum Institute of India, one of the largest producers of paediatric vaccines in the world (net worth: $4.9bn); and Dr Lui Che Woo, Chairman of K Wah Group, which has interests in property, hotels and casinos (net worth: $22bn); will be recognised for their business and philanthropic endeavours.

Paul Sagoo, founder of the Lemon Group, said, ?Our goal was to celebrate the highest calibre of individuals from the global Asian community across all spheres of activity. This year is no different and we continue to raise the bar of the event each year.?