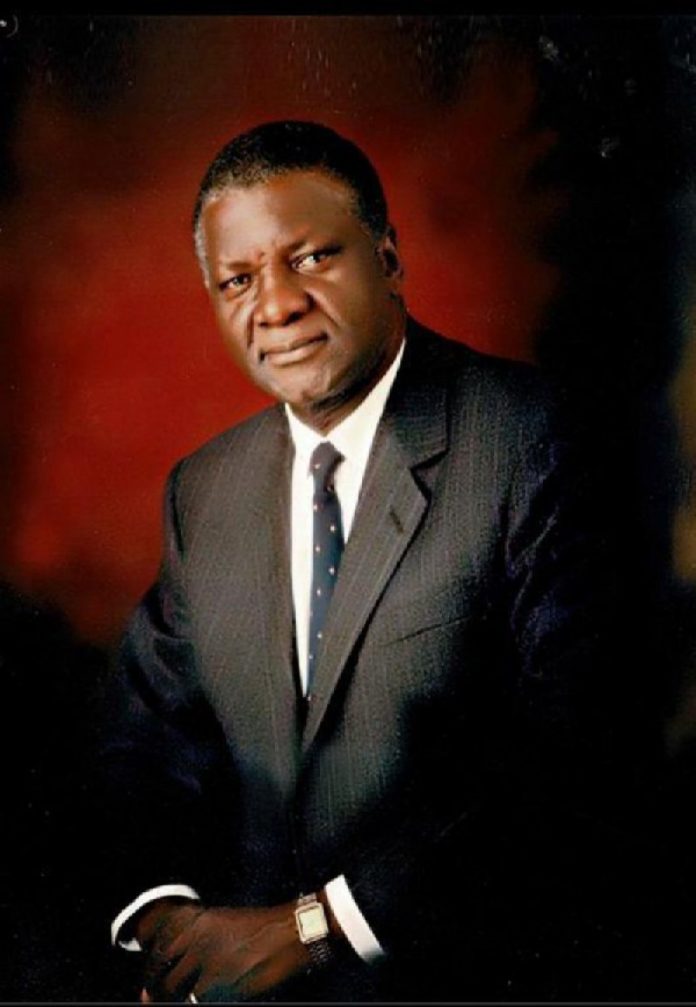 A shooting star that flashed across and roamed Ghana’s media sky for so long finally fell to earth on 2nd October, 2020. He touched down gently without creating a crater, generating any heat radiation nor earthquake, like some meteorites do.

Dr. Goodwin T. Anim (who in later years changed his name to Dr. Isaac Goodwin Kweku Aikins), the first Ghanaian General Manager of the Ghana News Agency (GNA), passed on quietly at the ripe age of 91 years after a short illness; but despite his long human existence, his passing still sent shock waves throughout the world media fraternity especially, and even beyond.

He joined GNA in 1958 and was appointed the first General Manager in 1961.

Dr Anim took over from Mr Donald Wright, who was seconded by the Reuters News Agency to set up the Ghana News Agency at the request of Ghana’s first president, Dr Kwame Nkrumah.

He was General Secretary of the Association of Ghanaian Journalists, a precursor of the GJA, from 1962 to 1964. There is no doubt that when he later left the shores of Ghana and joined UNESCO, he made a case for media development in Ghana whenever possible.

Yours truly joined the GNA in October 1983 and was elected unopposed as General Secretary of the GJA in 1994.

“These developments occurred after the late Dr. Akins had gone abroad to take up his appointment as a UNESCO Consultant at the UN agency’s headquarters in Paris, France. During that period there was a flurry of support from UNESCO for media development in Ghana. Both the GNA and GJA were notable beneficiaries of UNESCO support during that period

In fact, in 1980, the late Dr. Aikins, as the UNESCO Consultant on the Pan African News Agency and news agencies in West, Central and East Africa, prepared the project for the-then West German funding of the West African News Agency Development Project (WANAD). The project, which was based in Cotonou, Benin, provided training in special areas for news agency journalists, under a sandwich programme.

Yours truly was a beneficiary of WANAD, specialising in International Relations with Frank Agyekum. There were a host of other colleague beneficiaries in other areas —
Economics, Health and Rural Development. Under that project, Mawusi Afele and I, once GNA General Manager, were attached to the English Service Desk of the German News Agency, DPA, then based in Hamburg.

When the late Dr. Aikins retired in 1989 from UNESCO and returned to Ghana, he re-established contact with Ghanaian media through participation in activities of the GJA and some of its affiliates, particularly the Editors Forum, Ghana.

In 2006, the GJA appointed him Chairman of its Awards Committee. The Committee, despite the volume of entries that were received from contestants, worked hard to meet the limited time at its disposal.

In August 2019, the GJA invited the late Dr. Aikins to be the chairperson for a reception to mark the 70th anniversary of the founding of GJA. That year, incidentally, coincided with his 90th birthday. The event was to take place at Movenpick Ambassador Hotel. Unfortunately, however, he felt rather unwell that morning and requested that his daughter, Dr. Koryoe Anim-Wright, Registrar of the University of Professional Studies, Accra, make a statement on his behalf.

To the utter but pleasant surprise of the attendants of the event, the family announced that in honour of their father, they had decided that the family would sponsor an award on “Ethical Journalism” worth GHC 9,000 starting with the 2020 awards. The amount for the 2020 awards was provided on that occasion.

And as if that was not enough honour to the GJA, Dr. Aikins made yours truly one of the two witnesses at the signing of his will that same year.

Dr. Isaac Goodwin Aikins, the GJA will miss you sorely for your commitment to the development of the media in Ghana. May we find more of such openness and kindness from our veterans? May God Almighty find us a replacement.

Dr. Aikins was laid to rest in a private ceremony. A Thanksgiving Service will be held at 8 a.m. on Sunday, October 18, 2020, at St. Barnabas Catholic Church, Agbogba.