A year ago in November, Ghanaian music artist and producer, BRYAN THE MENSAH dropped what has been referred to by many passionate music lovers as an ‘underrated album’: A phrase heard by many non mainstream artists.

For old fans of Bryan The Mensah, his growth since his debut project, Friends With The Sun is very evident in the artist’s current style and craft and his project, Road To Hastafari which is also his debut album after 4 EPs, is testament to the fact that he’s focused towards a goal; A theme he talks about often on Road To Hastafari.

Road To Hastafari is a 12-track project of songs spanning different genres. From hip-hop, and RnB to Pop, the project is a music lover’s dream. From the heated intro, ‘Feeli Feeli’ where he sets the tone for the album to the very needed breather “Untitled” which seemingly serves as a reflective intermission on the album, down to the outro, “Through The Flame”, a motivational song that takes you to church…Road To Hastafari is a coherent melange of sounds telling stories of Bryan The Mensah’s music and personal journey. 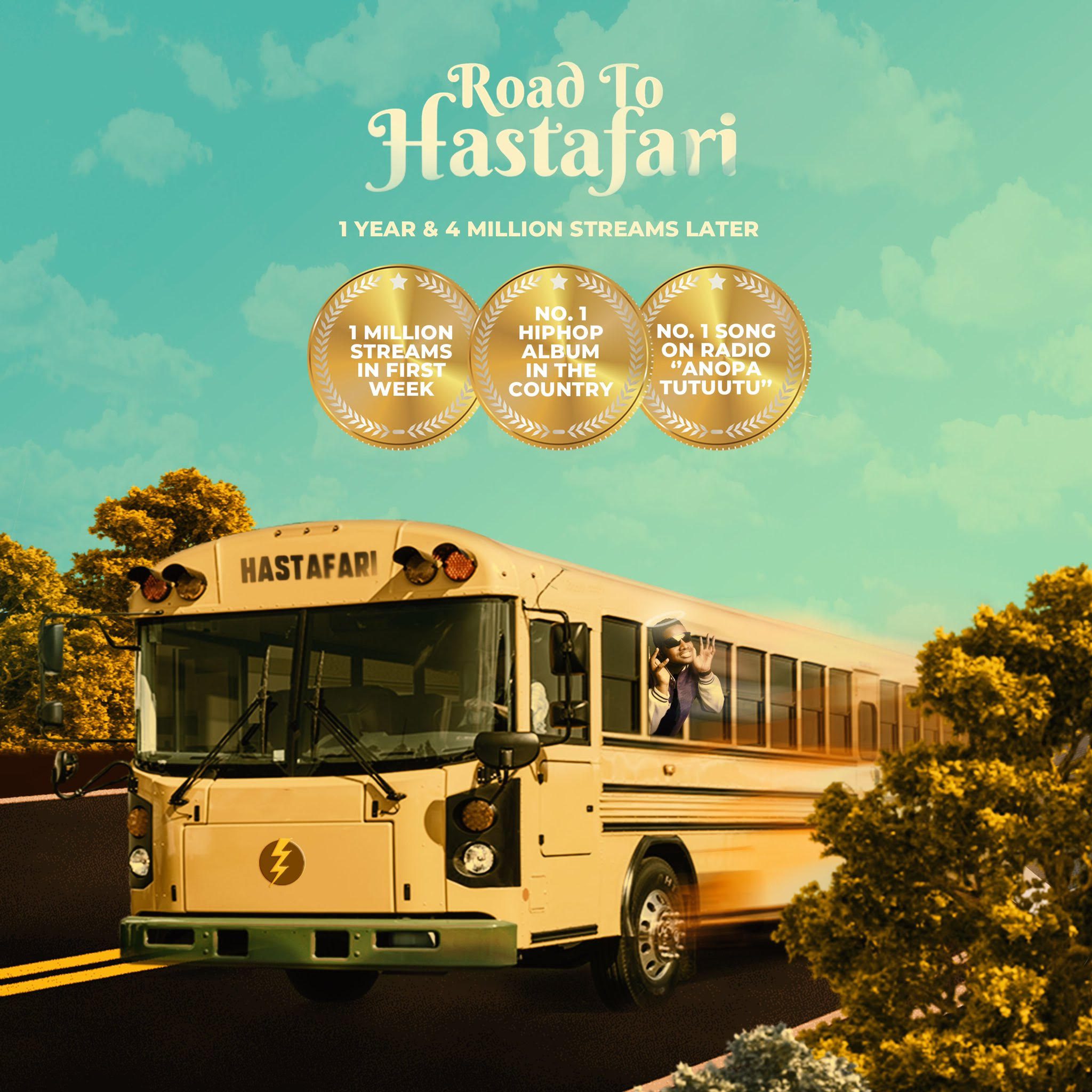 The most standout elements of the project have been Bryan’s obvious skill, the incredible production work by OKAIWAV and the well-thought-out chosen features: Manifest, Psycho YP, A-Q, Black Sherif and Titi Owusu. “Until I See You” which features TiTi Owusu is the top song on radio, off the Road To Hastafari project. The soulful RnB influenced song turned out to be the most chart-topping song and a listener favourite to the point that it led to a TikTok challenge from hundreds of TikTok users and has had over 10,000 shazams.

A year after its release, Road To Hastafari has recorded millions of streams across platforms, a not surprising feat as the album had a total of a million streams within the first week of release. The project stayed in the Top 10 spots on several independent and editorial playlists in and around Ghana, charting at number 5 in the Gambia and maintaining the number 1 Hip-Hop album spot on Apple Music for two weeks straight.

BRYAN THE MENSAH has been called a contemporary artist and producer to watch and this has been buttressed through his nomination in the 2022 VGMA Unsung category and 3Music’s 2022 Next Rated Act.

The artist is poised for even greater achievements and with plans of not stopping any time soon, the future looks promising for the dedicated artist, BRYAN THE MENSAH.

And listen to the Problem no Dey Finish remix here: https://onerpm.link/bryanthemensah-PNDF-remix