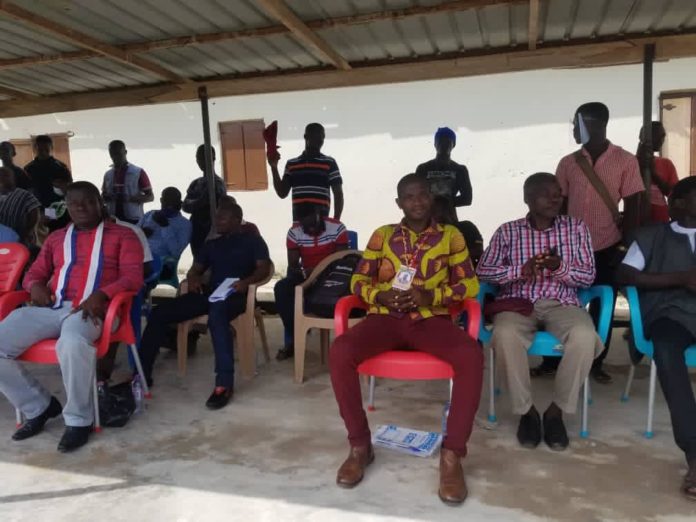 Parliamentary Candidates (PC) contesting the Abura-Asebu-Kwamankese (AAK) seat have been engaged in a debate to inform the electorates about their visions and aspirations when elected as Members of Parliament (MP).

The well attended debate saw the candidates answering questions on education, unemployment, health, agriculture as well as sanitation, and the environment.

Reacting to how he will improve healthcare in the constituency when given the nod, Mr. Morris Donkor said he would institute incentive packages for health professionals who accepted postings to serve in deprived communities of the constituency.

Additionally, he promised to work with the communities to build Community based Health Planning and Services (CHPS) zones with accommodation for health staff.

This, he said would go a long way to retain critical health staff to significantly improve healthcare delivery in the constituency.

Mr Morris Donkor said, for his period as MP, he had provided two incubators and built an ultra-modern 40-bed children’s ward at the Abura Dunkwa District hospital, which serve as a referral centre in the constituency.

On Education, he was confident that the free Senior High School (SHS) and the subsequent promise by the NPP to provide interest free loans to tertiary students would encourage more people in the constituency to access higher education.

As to how he would solve the unemployment situation, he pledged to support young entrepreneurs to set up their own businesses to create more jobs for themselves and others.

On agriculture, he said the government’s planting for food and jobs had increased agricultural production in the constituency and pledged for more support for farmers.

For his part on improving education in the constituency, Mr Ethan said when given the opportunity, he would ensure that teacher trainees were given quality education to have a positive impact on the performance of students in the Basic Education Certificate Examination (BECE).

He said he would institute the best teacher awards and set up science resource centers to promote the teaching of science and technology.

On Sanitation, he said he would work with chiefs and strengthen the town Council system to effectively deal with issues of the environment as well as sanitation.

At the end of the debate, both candidates pledged their support for peace before, during, and after the December 7 General elections.

Earlier, Mr Nicholas Ofori Boateng, Regional Director of NCCE advised the youth not to allow themselves to be influenced by politicians to cause violence but be agents of peace and development.

He encouraged every Ghanaian to play their part as citizens and abide by all regulations regarding the elections.

Some of the constituents who spoke to the GNA expressed their disappointment about the failure of the NDC candidate to show up for the event.