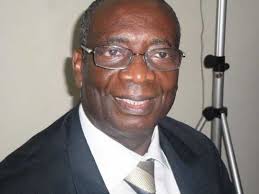 The AAU has also slated other similar seminars later in the year for Swaziland, Uganda and Morocco.

Professor Etienne Ehouan Ehile, the Secretary General of the AAU, in a speech read on his behalf by Prof Jonathan Chucks Mba – Director of Research and Academic Planning of the AAU, said the Accra seminar emanated from a recent survey conducted by the AAU Secretariat during the Database of African Theses and Dissertations (DATAD) Workshop held in Uganda in November 2015.

The Secretary General said the survey revealed that ‘Social Media Usage for Impact’ by Higher Educational Institutions in most African countries was still at its infancy.

Prof Ehile said 21 AAU member universities from nine African countries reported that they did not have Social Media Strategies.

He said the majority of the universities had many unofficial Social Media accounts and they did not guide the creation of social media pages and groups by their various faculties /colleges / institutions.

The findings from the survey show that many African universities do not have a coherent plan for using their Twitter and Facebook audiences – meaning that they were not fully benefiting from these audiences.

According to Prof Ehile, it also emerged that Communication Officers, Public Relations Officers, Information Officers, Marketing Officers and International Liaison Officers in most African Universities had not undergone training on how to integrate Social Media to enhance their work.

“Here is where this training, being organised by the AAU comes to crucially equip communication leads of higher education institutions in Africa with this specialized skill,” the Secretary General stated.

“Being the continental body with a mandate to improve the quality of higher education in Africa, the AAU has been organising similar capacity building workshops for our membership of 360, which is spread across 44 countries in Africa,” he added.

He said social media was about collaborating, networking, sharing and generating knowledge and content; stating that all the features were of great value in the context of higher education.

“With social media becoming a revolution in our century, individuals, businesses and organisations are effectively tapping into it to derive various benefits.

“The university community can surely not be left behind. We need to strategically tap into the various social media tools in pursuing our goals of teaching and learning, community engagements and research,” Prof Ehile said.

Saudatu B. Suleymana, the University Relations Officer and Head of Public Affair, University for Development Studies, a participant at the seminar told the Ghana News Agency that there were lots of grey areas in the usage of social media.

She said there was the need for policy regulation to be put in place by government to guide the use of social media by tertiary institutions.

Upgrade your smartwatch with the new HUAWEI WATCH Fit!