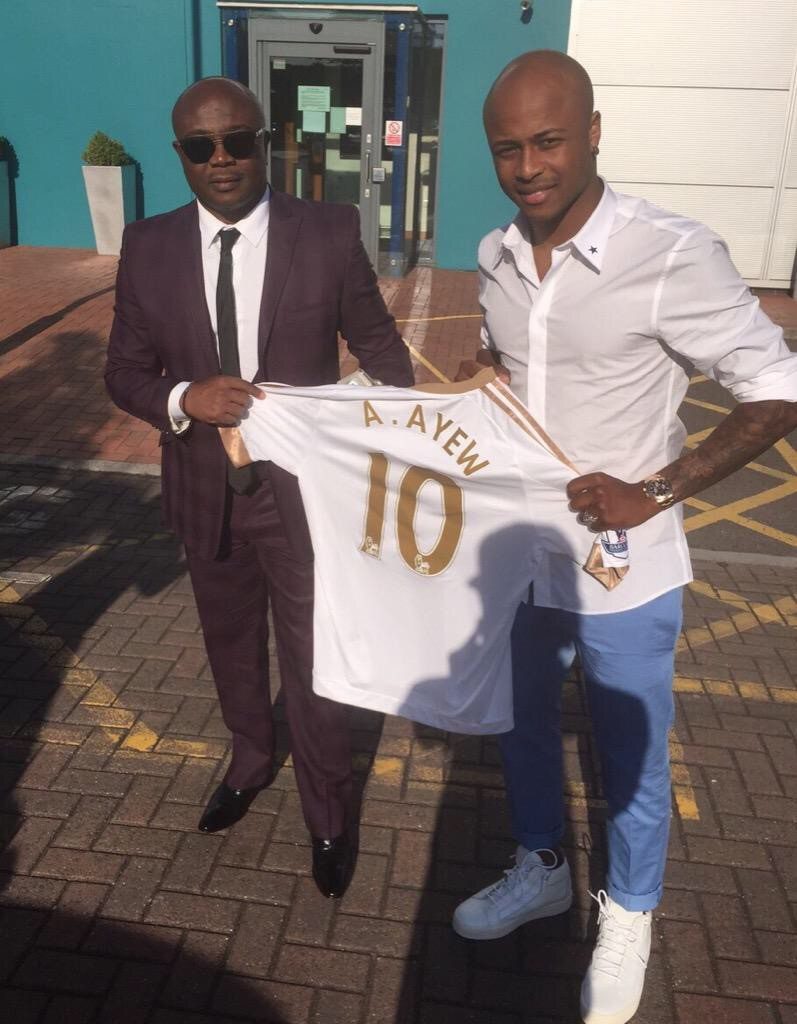 Ghana Football legend Abedi Pele was very instrumental in his son to securing a dream move to Swansea city in the English Premier League.

Ayew, 26, brought an end to an 11 year stint with Marseille on Wednesday after signing a four year contract with Swansea city.

The Ghanaian who has been capped 64 times for the Black Stars scored 52 goals in 181 games for Marseille in the French league.

He signed to join the Wales based club in the presence of his legendary father Abedi Pele who is UEFA Champions League winner with Marseille in 1993.

Abedi flew out to join his son decide his future and was key in ironing out the final details of the contract.

Ayew will now wear his favorite number 10 jersey at the Liberty stadium.