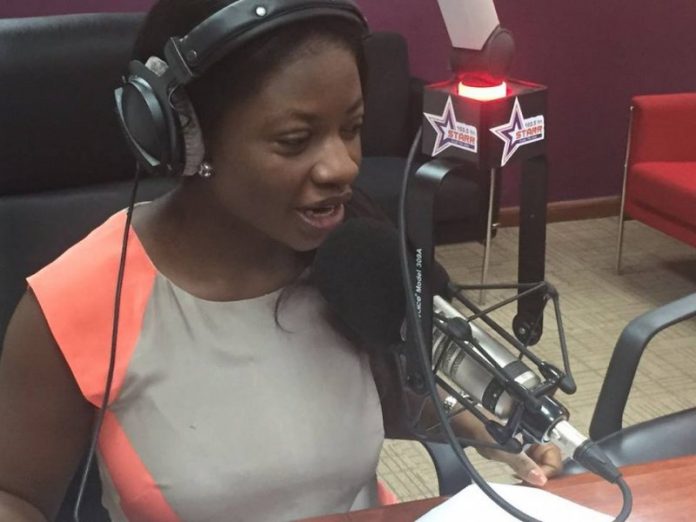 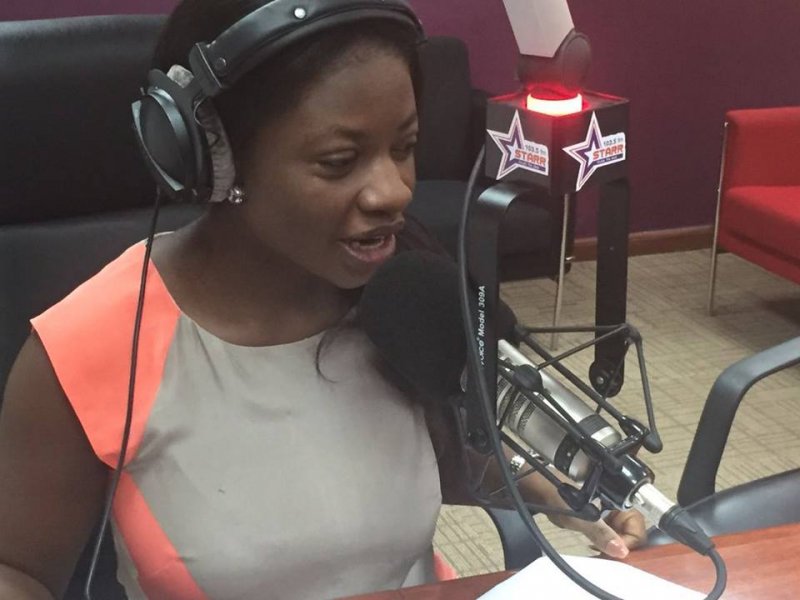 “Throw lemons at me and I will make a perfect lemonade from it,” is one of the favourite proverbial phrases of versatile Broadcast Journalist in the Komla Dumor Newsroom of Starr 103.5FM, Mercy Abena Owusu Nyamekye.

Abena loves proverbs, especially African ones. But there is something she loves most. Do you care hazarding a guess? Let’s drop some clues – it is sweet. Both sexes love it too and can’t do anything about it. Well, it comes natural with most humans and no wonder Abena opined: “I love food.”

Ever delectable Abena, who is ready to ‘kill’ for Jollof rice anytime, is one of the fulcrums of the Komla Dumor Newsroom of Starr FM and wakes her listeners up daily with the 6am news.

She enjoys smiling even when fire runs through her veins, because she believes ice must always show on her face to impact those around her. At her free time, she watches TV, Series and reads.

Abena, as she is affectionately called by her colleagues in the Newsroom, hardly uses her English name – Mercy – although it means a lot to her in life. She’ll be telling us more about that name soon.

Losing both parents at a tender age of nine, Abena narrates how she rose from the streets of Kumasi to become a ‘Starr’ in Accra in this interview with Starrfmonline.com:

HOW WOULD YOU DESCRIBE YOURSELF? 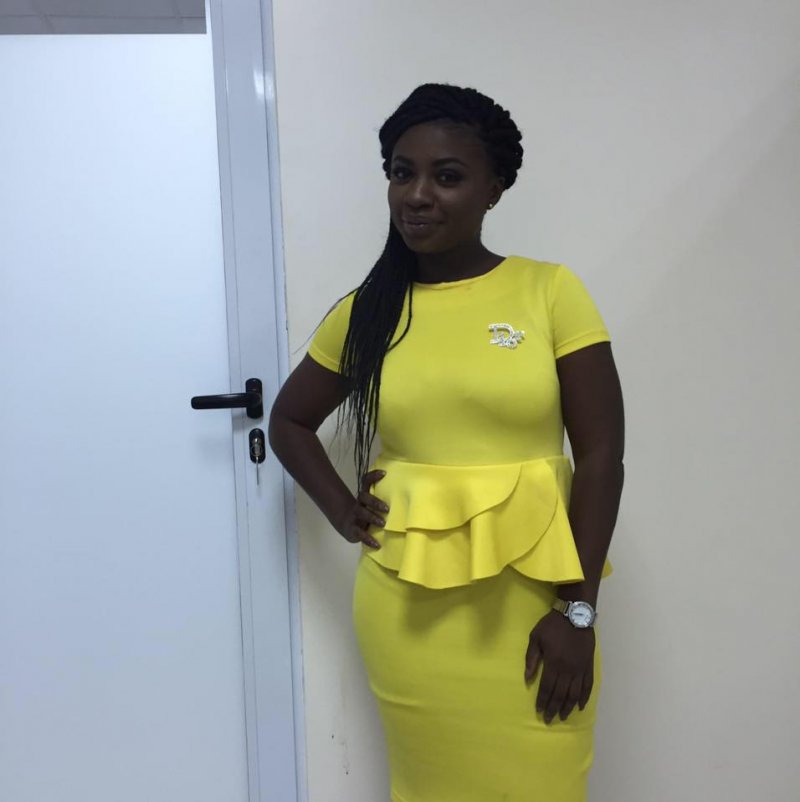 It is difficult sometimes to believe that I am the same person I was years ago. I have come to believe that names aren’t given for giving sake; names have impacts on the bearer. I believe whoever I am and whatever I have become today is partly because of the influence my name has had on me.

“MERCY”, as human as I am, I believe God has truly been merciful to me.

“NYAMEKYE”, I used to think that I liked that name because I was named after my paternal grand mother. But I have grown to realise that my life is a gift to the world; so I try to place a smile on as many faces as possible everyday as I journey through this life.

HOW WAS IT LIKE GROWING UP?
As a young girl, I was sure I would become a Broadcast Journalist. I was living with my mum who would do anything for an only child. I remember she would buy me newspapers and I would read to her as a form of news presentation and it was thrilling and promising.

But then my life took a sudden turn. My mum fell ill and passed on. I was nine at the time. At that age I didn’t understand what it meant because I had my dad. But a year later when he also passed on, I realized it was the end of the road. There were lots of people around me but none was actually there.

From grandmothers, uncles, aunties, mum’s friends among others, I was moving from one place to the other struggling to find a place to call home, until my second year in JHS when my uncle (current dad) moved me from my dad’s hometown to live with him, insisting that, a bright child like me shouldn’t be wasting my life in the village. The rest of the story like we say is history….

WHAT WOULD YOU LIKE TO CHANGE ABOUT YOUR LIFE
I don’t know if it’s because of how I grew up; but I think I’m too considerate when dealing with people. And they sometimes take undue advantage of me. It’s something I would want to change if I could.

HOW DID YOU END UP AS A BROADCAST JOURNALIST?
As I said I’ve always wanted to do this; after SHS, I was pushed to attend Teacher Training College because of the idea of a ready job and all but within me, I didn’t want it so I refused to go. It took a while but I was able to convince my guardians and someone mentioned I could enroll at the Institute of Business Management & Journalism (Kumasi) and so I applied and was admitted. While in school I applied to a radio station (Radio Xtacy) for industrial attachment. I was given the opportunity to report and present news until I left for my national service after School. After the national service programme, I applied to Kapital Radio and worked with them and other media houses before moving to Accra to work with the EIB Network.

HOW’s YOUR TYPICAL DAY LIKE?
I’m the early bird, I get to work latest by 5:30am, go through the scripts for the STARR Breakfast News which I present every weekday at 6am. Sometimes stories break and so I would have to quickly add them and probably get someone for a live interview. After the 6am news, I work on the news briefs – 8am, 9am, 11am and a couple of stories for the midday news which I produce. After that I would prepare the 2pm news and read.

Depending on which day it is, if I am to host State of Affairs on GhOneTv, then it means my day will end at 9pm, get home by 10, retire to bed and count the hours till my alarm strikes.

WHAT DO YOU HATE ABOUT YOUR JOB?
LOL. I love my job! Of course there are challenges but I strongly feel they all culminate into making me a better person on the job. 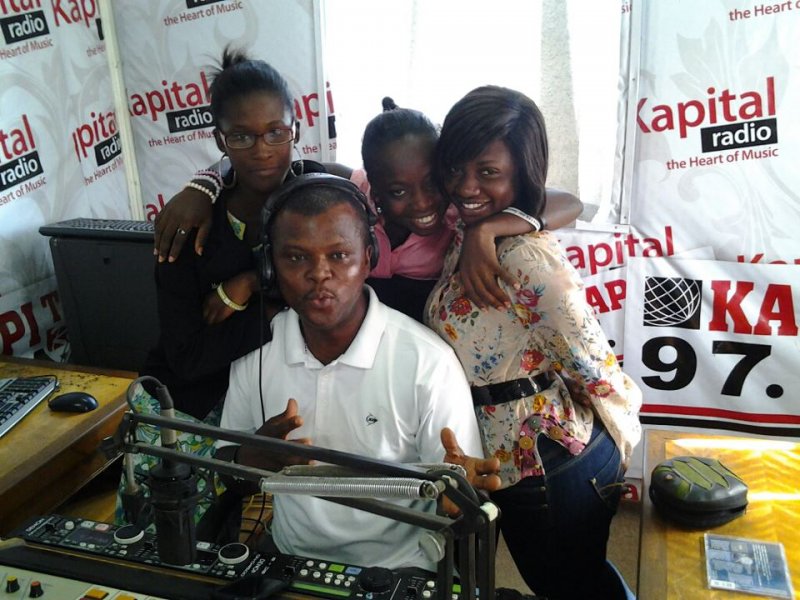 WHAT ARE YOU PASSIONATE ABOUT?
My work.

ANY ACHIEVEMENTS?
Being able to fulfill my childhood dream, it’s humbling and I thank God every single day for it.

ARE YOU LIVING THE LIFE OF YOUR DREAM?
Yes! But of course I’m in the process of getting to where I have dreamt of. I have not arrived. But I know I have the map now.

DESCRIBE YOUR IDEAL CAREER?
This is it. Right here.

WHAT DO YOU FEAR MOST IN LIFE?
Losing the people, I care for.

IF YOU HAD TO RE-LIVE YOUR LIFE ALL OVER AGAIN, HOW WOULD LIFE BE LIKE FOR YOU?
It would be the same with less difficult moments – the tears, hustle etc.

WHO INSPIRES YOU AND WHY?
I don’t have one person; I guess the people who urge me on. I remember the first time I had to go meet our CEO Bola Ray two years ago; I was nervous and panicky. It was actually my first time of seeing him in person. But after that brief moment, I was confident and ready to face the hustles of Accra. So I look at such people and say to myself, I can’t let these people down, I need to work harder. And I have quite a list of such persons who I thank God for each day. They are my inspiration.