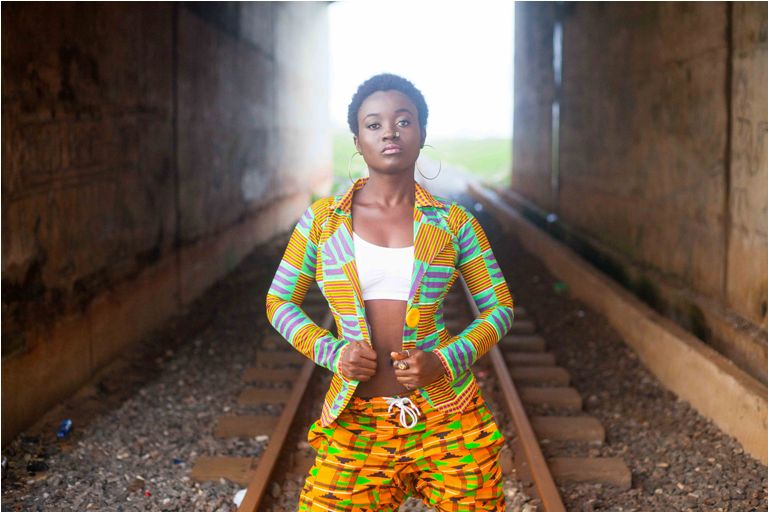 Female rapper Abena Rockstar says she is still studying the music landscape in Ghana to be able to survive in the industry for a long time. As a result, she won?t rush into releasing an album anytime soon.

The young rapper who was recently heard on Ghana?s all female cipher, produced by Mix Masta Garzy, also said that she wanted to grow with time and her audience.

?I am more for the studying of the landscape now and knowing what will work and what won?t. I?m not in a rush to bring out an album because I want to grow gradually with my audience. So I will be dropping singles to know what my listeners will want better and I do more and more of that. I?m being very strategic because I don?t want to come up today and fall off the next day. I want to come in and stay forever,? she explained.

Born Bediako Bernice, Abena who just added Rockstar to her name, is a Level 300 student at Data Link University. She is studying Banking and Finance.

She has released her first self-titled single Abena, produced by Magnom,which she hopes will catch attention due to its rich content.

?I am an artist, musician and I focus more on rap as a genre because I feel I gravitate more towards Hip Hop/Hip Life,? she said.

?I have been writing and rapping for a long time but I decided to take it to another level in 2012 by recording and performing seriously whenever and wherever I could find a mic and stage. I used to learn other artists? lyrics and rap to it but I had this fear of being in front of the crowd. I also knew my family was not going to make it easy for me to just take up music as a career because of preconceived ideas they had about the industry, especially when I will be doing secular songs. But I am so much in love with music and I know somehow, someday I am going to write some hits. So I let them know I am going to do music and the school thing side by side and make both work for me,? she added.