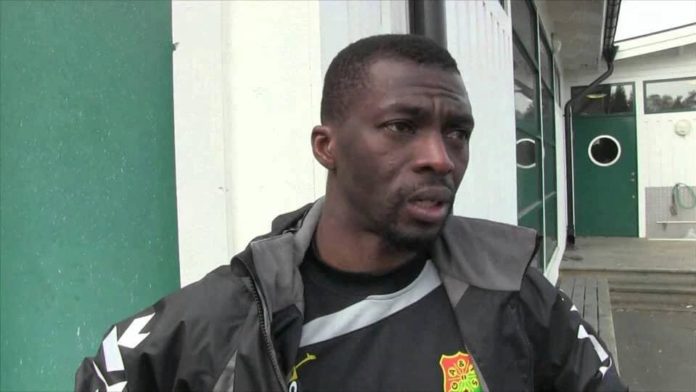 Mr. Yusif Chibsah, the Players Welfare Officer of the Professional Footballers Association of Ghana (PFAG) has urged Footballers to abide by the laid down protocols aimed at protecting them against the coronavirus (COVID-19).

He said they should practice social distancing, washing of hands regularly with soap under running water, use of hand sanitisers and nose masks, avoid handshakes and report suspected cases to negate community spread.

Mr. Chibsah was speaking to the media at Assin Fosu on how the Country could collectively work to improve players’ welfare amidst calls for salary cut in the wake of the coronavirus pandemic.

The issue of salary cut has been a major topical issue in the country following the suspension of football by the Government to check the spread of the coronavirus.

“Players should not be forced to accept salary cuts but must be a mutual understanding between players and the managers of the Club.

“Forcing players to accept pay cuts is illegal according to FIFA and fair play,” he noted.

Touching on players welfare and discussing on salary cuts in the wake of the COVID-19, he urged all club owners to do so on mutual understanding with players.

The former Asante Kotoko midfielder bemoaned the poor welfare particularly on the side of Premier League players.

He pledged the Association’s commitment to collaborate with stakeholders to ensure club owners took the welfare of footballers seriously since their carrier was seasonal.

To keep them in shape, the Players Welfare Officer urged all Ghanaian footballers to train at home as clubs had called off camps as part of precautionary measures to prevent the rapid spread of the disease.

“Players should not joke with their training regimes but endeavor to be disciplined with their individual training at home in order to maintain their fitness level and shape when the league resumes,” he advised.

The former Ghanaian international midfielder also applauded the proactive measures the government had put in place to curb the spread of the COVID-19.

They comprised closure of the country’s borders, restrictions of movement in some parts of the country, and ban on public gatherings, adding that the government was doing all within its power to ensure public safety and protection of lives.