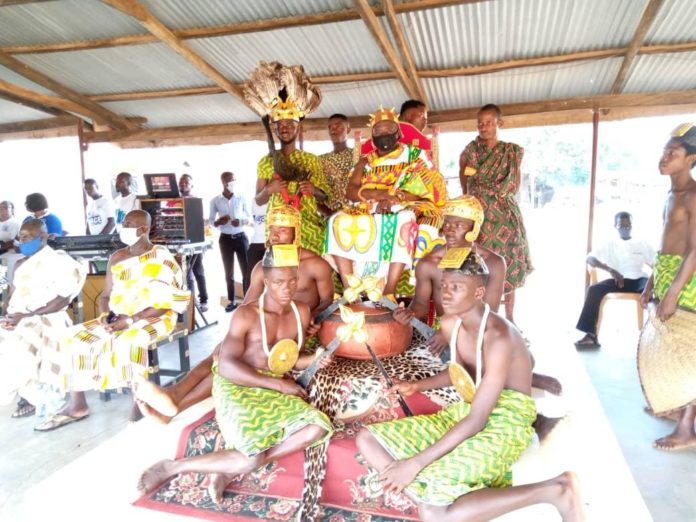 Traditional Authorities in Abirem headed by Obrempong Kwesi Amoh Kyeretwie I, the Chief of Abirem in conjunction with the Church of Pentecost and the Local Council of Churches have organized a peace walk for churches and aspiring Members of Parliament (MPs).

Also in attendance were representatives from the various political parties on the need to help maintain peace, before, during and after the upcoming elections.

The programme brought together all local churches, aspiring MPs from the Ghana Union Movement (GUM), the National Democratic Congress (NDC), the New Patriotic Party (NPP), the Liberal Party of Ghana (LPG), the District Director of Electoral Commission, the District Police Commander and the National Commission For Civic Education (NCCE).

Speaking on the theme: ‘I Am An Agent Of Peace’, Obrempong Kyeretwie said the programme was introduced by the traditional authorities every election year with the aim of ensuring that peace and unity prevailed among the people and the various political parties.

He said although other institutions had been established to educate the public on the need to maintain peace during the upcoming elections, it was an opportunity for the citizenry to be each other’s keeper to avoid violence during the elections.

He urged the citizenry to continue to help maintain peace in the country as Ghana was known to be a violence free country.

Obrempong Kyeretwie also entreated other chiefs in the country to emulate the gesture to spread peace messages to their people.

Meanwhile, all representatives from the various political parties present at the occasion vowed to help maintain peace and unity in the district and the country at large.