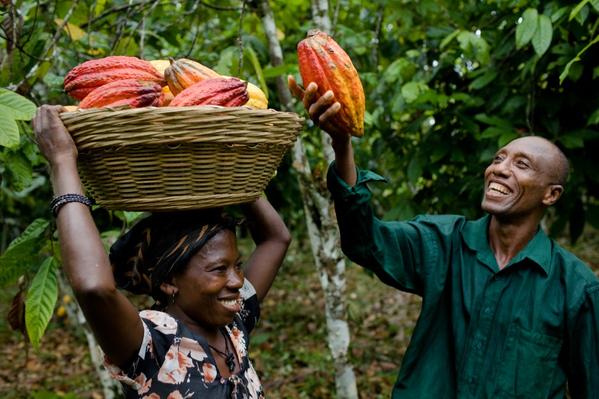 Ghana’s premier beverage manufacturer, Accra Brewery Limited (ABL) has joined other companies sponsoring this year’s National Farmers Day event to present to the Ministry of Food and Agriculture a cheque for GH¢ 20,000 and 220 cases of an assortment of its brands.

ABL has been a consistent annual donor to the National Farmers Day.

This year’s event is slated for 4 December 2015 at Bolgatanga in the Upper East region, under the theme “Transform Ghana: Invest in Agriculture’’. Over the past two years, Eagle Lager, ABL’s cassava beer, has supported the Farmers’ Day with farm implements such as power tillers, cutlasses, wellington boots and assorted products to best cassava farmers at the national and regional levels.

Besides the cash and product donation, ABL’s approach will further be executed in the direction of a Sustainable Development Initiative to improve the livelihoods of rural farmers utilizing same available budget. The long-term sustainability of ABL depends on growing economies, healthy communities and responsible use of scarce natural resources.

In line with the above, Eagle Lager is being developed as a Sustainable Development brand to “grow economies” through agro-based and social intervention programmes. It is also worth noting that Upper East is the biggest contributor to volumes i.e. about 41% to national Eagle volumes.

A Furrow irrigation system with a solar powered mechanized borehole will be developed for rural farmers in Yirene within the Bolga Municipality located in the Upper East Region of Ghana. The Yirene community has a population of 850 people with about 201 households who are mainly farmers. The gesture demonstrates the company’s commitment to enhancing the livelihood of farmers, especially Cassava farmers, as well as contributing to the socio-economic development of the country. In recognition of ABL’s consistent sponsorship, the MoFA conferred a Platinum award on the company at a sponsor’s awards ceremony in Accra.

Among its brands, ABL has a number of products whose major raw material is locally produced – Club Premium Lager (maize), Stone Lager (rice), Chibuku (sorghum) as well as Eagle Lager (cassava beer).This indicates the company’s effort in boosting the agriculture sector as well as championing the use of local raw materials.

ABL’s Corporate and Legal Affairs Director, Ms Adjoba Kyiamah, who led officials of the company to present the package to the ministry, remarked that as a subsidiary of SAB Miller, ABL believes in accelerating growth and development through its value chains.

For this reason, she stated the company for many years now, has generated sustainable income for Ghanaian farmers through the purchasing of locally produced maize, sorghum, cassava and rice in the production of four of its major brands.

“We prioritize the Ghanaian farmer, hence the use of locally grown raw materials in the production of our brands,” she said. Ms Kyiamah commended farmers for their hardwork and commitment, adding that ABL is grateful for their support.

For his part, the Deputy Minister of Food and Agriculture in charge of Crops, Honourable Ahmed Alhassan Yakubu assured that the items and cash presented will be used for the intended purpose.

He commended the company for the unflinching support it demonstrates towards the award’s day, adding that “the ministry recognises ABL as allies in the celebration of the annual National Farmers’ Day”.

ABL, the nation’s premier brewery, is committed to contributing to the growth of the economy through direct employment, tax contributions and the support of its stakeholders, including small holder farmers.