A Deputy Minister of Information, Samuel Okudzeto Ablakwa has asked for the exercise of ‘patience’ and ‘faith’ in the ability of the Economic and Organised Crime Office (EOCO) to properly investigate the Alfred Woyome judgment debt matter.

Mr Ablakwa’s comments come in reaction to the call by the Executive Director of the Ghana Integrity Initiative (GII), the local chapter of Transparency International, Mr Vitus Azeem for a stop to the probe by the EOCO.
Mr Azeem believes that the exit of the two Ministers, Martin Amidu and Betty Mould-Iddrisu, leaves a lot of nagging questions in the minds of Ghanaians.
He is convinced that certain factors may have culminated into the exit of the Ministers and calls on the President to come out and explain them to the public.
In a statement released Thursday, he asked: Was Mr Amidu’s misconduct his refusal to withdraw his allegations which he believes strongly in or was his misconduct his determination to pursue the “Wayome” case?; Was Mrs. Iddrisu’s resignation ordered by the President?; and Does this point to anything about her role in the “Wayome” case?
But Mr Ablakwa in response said the Ghana Integrity Initiative is behaving in a “hastily and in a premature manner”. He said it was unfair that the impression is being created as though the government intents covering things up.
He also described as “unfortunate” the attempt to directly link the dismissal of Martin Amidu and the resignation of Mrs Betty Mould-Iddrisu to the Woyome saga and suggest it forms part of some grand scheme to sabotage the investigation by the EOCO.
“Unfortunately those who are very loudly insisting that this matter should be investigated to its logical conclusion have gone to the court seeking an injunction on the investigations by the EOCO. They don’t want the EOCO to investigate this case.”
The President, when he directed the EOCO to investigate the matter said none of his appointees who will be implicated in the incursion of reckless judgement debts will be spared.
Disclaimer: News Ghana is not responsible for the reportage or opinions of contributors published on the website. 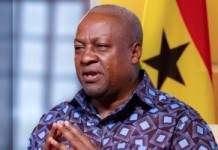 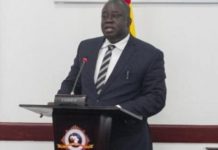