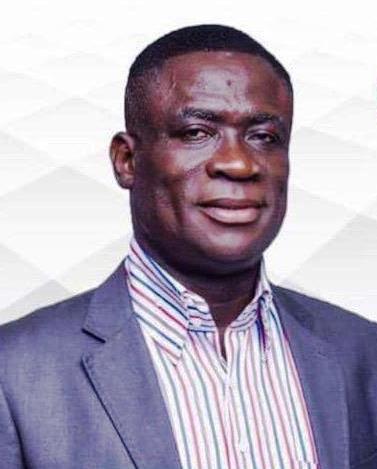 The Municipal Chief Executive (MCE) Officer for the Ablekuma North, in the Greater Accra Region, Kofi Ofori (Bella) has allegedly splashed over GHc126,000.00 on Assembly members for ghost projects.

A tape recording of the MCE when he addressed some top party officials and some MMDCEs at the Accra Metropolitan Assembly (AMA) Head office barely a fortnight ago, he was heard saying he paid these huge sums of money to the Assembly members and assembly executives on picture base projects.

According to him, he had given out Electoral Area projects to the tune of GH¢18,000.00 to all Assembly members; both NDC and NPP, but none of the NPP members have executed their project yet they collected money for those projects.

“They brought pictures to show and I paid them for that,” he said.

He also revealed in the tape recording that, whenever he gave out projects to members to fix lights in the communities, members who secured the projects only go out and sell the lights provided to them.

It however beats peoples’ imagination as to why such things will be going on and the MCE is glorifying in that.

“How can you run an Assembly like that? This shows that he runs the Assembly without any supervision,” residents said.

Kofi Ofori also made some sterling revelations to the chagrin of all present; many of whom were heard in the background saying the MCE was lying.

According to him, he had also offered contracts of GH¢31,000.00 to Executives, the Chairman, the 1st and 2nd Vice Chairmen.

He averred that the 1st and 2nd Vice Chairmen were contracted to supply PWDs with fridges.

MCE Kofi Ofori also indicated that most of the members who he gave contracts to, usually sold to known NDC members to execute.

The essence of the meeting at which he made these revelations, was to assess the works of the current MMDCEs on whether they should be retained in office or changed.

Though the MCE, Kofi Ofori stands as a representative of the President in the area, community members believed his works as an MCE is abysmal and therefore he should not be retained.

Upon our checks, community members, Religious leaders, opinion leaders and party officials are currently angry with the MCE, as they continue to accuse him of creating wealth for himself rather than considering the wellbeing of the municipality.

Although the President, Nana Akufo-Addo had called for the need for MCEs to work hard and ensure that Accra becomes the cleanest city in Africa, the MCE has turned-deaf-ears to that call, as the area continues to face sanitation challenges.

Unlike other municipalities, Ablekuma North continues to face serious challenges with infrastructure, and other important interventions which make a municipality an enviable one.

Meanwhile, speaking to the MDC in a telephone interview, Kofi Ofori denied giving out contracts to assembly members.

Meanwhile, residents who are concerned about the development are calling for an audit of the Assembly accounts and projects.