The Council said the massive and wanton felling of rose trees was being carried out in the Sissala West, Sissala East, Wa East, Wa West and Jirapa Districts with impunity by some illegal companies, while government officials remained tight-lipped about what was happening. 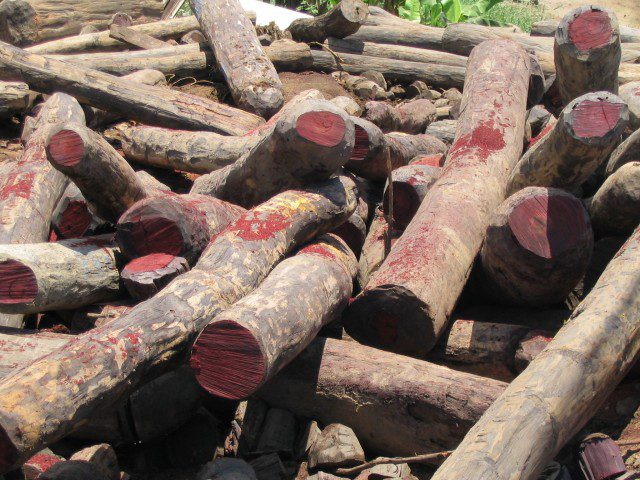 That behaviour, the Council noted, signified that government was aware of what was going on in the Region but chose to turn a deaf ear to the outcry of people in the community.

The Gwollu-Kuoru, Kuri-Buktie Limann, President of the Gwollu Traditional Council made the appeal at the fourth general meeting of the Council in Gwollu on Wednesday.

He said the people in district had found themselves in a hopeless situation because the companies were carrying licences and other documents issued by the Forestry Commission which gave them concession to harvest the trees.

Kuoru Limann explained that the Region was already a Savannah zone devastated by perennial bushfires and environmental degradation caused by Fulani herdsmen and their animals, as well as the wanton destruction of trees for charcoal production.

He said it would, therefore, be suicidal to add the logging of rose trees to the list of deforestation activities as that would worsen the challenges already posed by climate change, erratic rainfall, food insecurity and siltation of water bodies in the area.

The Council called for the enforcement of environmental and forestry laws to protect and ensure a sustainable environment for future generations.

The Gwollu Kuoru blamed people in the communities for felling economic trees such the shea and dawadawa, and allowing outsiders to come in to fell more trees for charcoal production, and urged them to stop the practice.

He said the recent upsurge in the illegal exploitation of forest resource in the Sissala West District constituted a major impediment in the utilisation of those resources for the attainment of sustainable development.

He said the district had become the hub of commercial charcoal production in Ghana, and that was evidenced by the number of vehicles that came around in the communities to transport charcoal to the south.

Mr. Darimani called on the Forestry Commission, the Ghana Police and traditional rulers, as well as other community leaders and district assemblies to find a solution to the abuse of forest resources.

Mr. Isaac Adonteng, Upper West Regional Manager of the Ghana Forestry Commission when contacted by the GNA on the issue, said the Commission had not given any licence or permit to any company or individual to cut trees for commercial purposes in the Region.

He, however, confirmed that the Ghana Forestry Commission had given licences to some specific companies to collect logs that were harvested but were not conveyed due to the ban on the export of logs.

“Ghana Forestry Authority has not given any company or group of people any permit to cut fresh trees the way we are seeing in the communities right now”, he said.

Mr. Adonteng said his attention had been drawn to the felling of the trees in several communities, which was an indication that the act was widespread across the Region

Fishermen in WR petition the President to abolish “Saiko” fishing