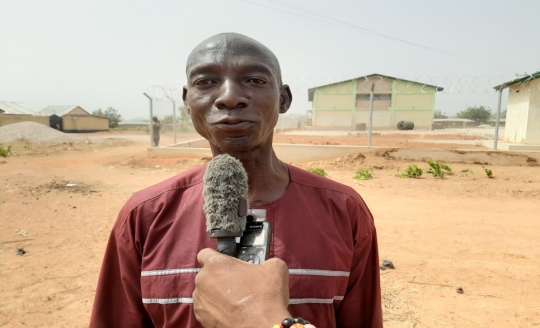 Mr Zakari Hamidu Alu, the East Mumprusi Municipal Director of the Ministry of Food and Agriculture in the North East Region, says 12, 787 farmers benefited from government’s flagship programme, Planting for Food and Jobs (PFJ) in 2019.

He added that the Municipality also received 600 sheep under the Rearing for Food and Jobs (RFJ), which were distributed to 118 farmers across the Municipality, 98 were males and 20 were females.

In an interview with the Ghana News Agency (GNA) at Gambaga, Mr Alu described the PFJ as “a blessing” to them in the Department of Agriculture and farmers in the Municipality.

According to him, a survey conducted by his outfit indicated that the Municipality recorded about 20 per cent increase in productivity, “This means that farmers now harvest so much produce, in fact since the introduction of the programme, productivity has increased.”

Mr Alu said owing to the bumper harvest, farmers were faced with challenges of post- harvest losses in the Municipality because of the lack of storage facilities, and expressed the hope that the Warehouse, which was under construction, under the ‘One District, One Warehouse’ programme, would reduce post-harvest losses when completed.

The Director said with the Warehouse, farmers would be able to store their produce and sell at a time they could make maximum profit.

Speaking on watermelon production, Mr Alu said about 90 per cent of farmers in the area produced watermelon and during harvest seasons, many of the fruit go waste because it was harvested simultaneously across the entire Region.

“Those who do not have access to sell when the market women come, lose all that they produce. Some even leave their produce on the farm, they do not harvest because there are no buyers,” Mr Alu said.

Mr Abdul Rahama Awal, the 2019 First Runner-up in the Farmers Day Celebration in the Municipality, told the GNA that the initiative to establish a Warehouse was a laudable idea as it would help them store their farm produce and prevent buyers from taking advantage of their situation to buy their produce at cheap prices.

“Watermelon cannot be kept for long when due for harvesting, so we will be happy, if that factory becomes a reality. It will encourage us to increase production of watermelon. But for now, most of us are reluctant to produce it,” he said.

Last year, it was reported that Vice President Alhaji Dr Mahamudu Bawumia cut the sod for work to begin on the construction of a Watermelon Processing Factory at Walewale in the West Mumprusi Municipality of the North East Region.

Reports indicate that the GH¢ 35 million factory, funded by the Ghana Export-Import Bank (Ghana Exim), was in support of government’s efforts to reduce the phenomenon of rural-urban migration and revamp the country’s industrial sector.