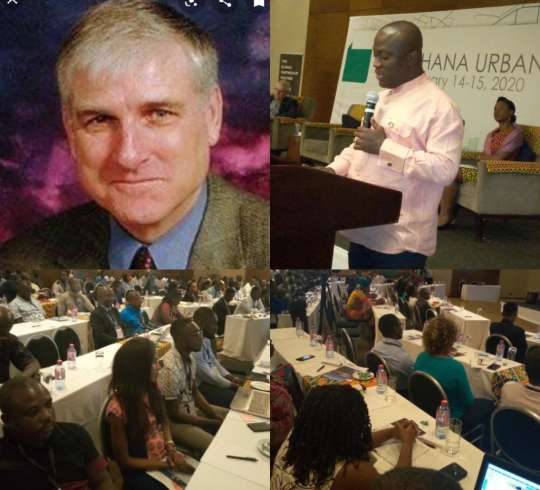 It would be as a result of factors such as the reshoring of industries by developed countries to reduce risks to corruption, supply chains and logistic costs, closeness to consumer markets and knowledge skills.

The world’s economies were increasingly driven by the growth of services and total employment in manufacturing was falling and moving to technology rather than labour-based production, he said.

Prof Roberts said this at the “2020 Ghana Urban Forum” held in Accra by the Ministry of Local Government and Rural Development with stakeholders on the theme: “Unlocking the Systems of Planning, Connecting and Financing for Secondary and Intermediate Cities to Propel Growth Towards the ‘Ghana beyond Aid’ agenda.”

He said the rate of growth in world trade has fallen from 12.5 per cent in 2004 to 2.5 per cent in 2019 and would likely continue to fall as reshoring or industries and localized technology based manufacturing was rising.

This would, thus, make it challenging for people to acquire jobs in companies, as technology would be employed to instead to do those works.

By this, Prof Roberts explained that, low labour costs would be an advantage; hence the need for the focus to be on personal services, para-technical and personal technology skills and literacy, quality, transparency and accountability.

“If the efficiency of systems of secondary cities’ enabling environments, production and logistics systems were to improve, this could more than double the GDP of many poor cities and rural regions,” Prof Roberts said.

However, he said, there are challenges with developing secondary cities such as the widening of per capita gaps in income, GDP, wealth, employment and poverty between metropolitan regions and secondary cities.

Mr Mohammed Adjei Sowah, the Chief Executive of the Accra Metropolitan Assembly, said urbanization if not managed properly could pose a threat to the nation, especially in the midst of climate change.

He said it was necessary for the state to ensure equity in the distribution of resources at regional and local levels to foster growth and development.