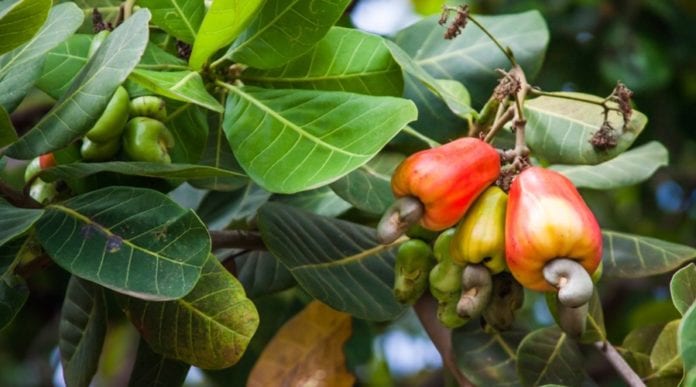 Cashew production has been boosted in the Bono East Region with more than 8,831 farmers involved in the cultivation of the crop.

According to figures at the Regional Directorate of the Ministry of Food and Agriculture (MoFA), 6,236 male and 2,595 female farmers had registered to produce the crop for both local and foreign markets.

The crop over the years has been labelled as a cash crop next to cocoa in the region because of the good and favourable climatic conditions for its cultivation and survival for high and quality yield.

More than 22,763 acres of farm land in the four municipalities and seven districts across the region have been cultivated with 910,529 seedlings under the government’s Planting for Export and Rural Development (PERD) Programme.

The situation is expected to contribute in widening the cashew value chain in the region and the country at large for the growth of the local, regional and national economies respectively.

Mrs Cecilia Kagya-Agyemang, the Regional Director of MoFA told the Ghana News Agency (GNA) in an interview at Techiman, that the PERD programme was designed to improve cash crop production in the country.

She stated the region was focused and committed to becoming the hub for cashew raw materials production to meet and promote government’s agenda of industrialisation and export to generate more foreign exchange for the country.

Mrs Kagya-Agyemang said there was a high demand for the cashew raw materials, saying that was significant for the accomplishment of the agenda of industrialisatiion and export in fulfilment of the PERD’s programme objectives.

The region aims at achieving the objectives of the PERD and the industrialisation and export policy as a means of ensuring constant supply to the locally-established factories to empower the rural economy to alleviate particularly rural dwellers from poverty, she added.

Mrs Kagya-Agyemang said empowering the rural economy would improve the incomes of the farmers to better their livelihoods to promote socio-economic development of the municipalities and districts in the region.

Mrs Kagya-Agyemang hinted that a number of training programmes had been rolled out to build the capacity of farmers about the crop’s cultivation and charged the registered farmers, especially women to regularly participate to be equipped with best farming practices as a guarantee for high yield.