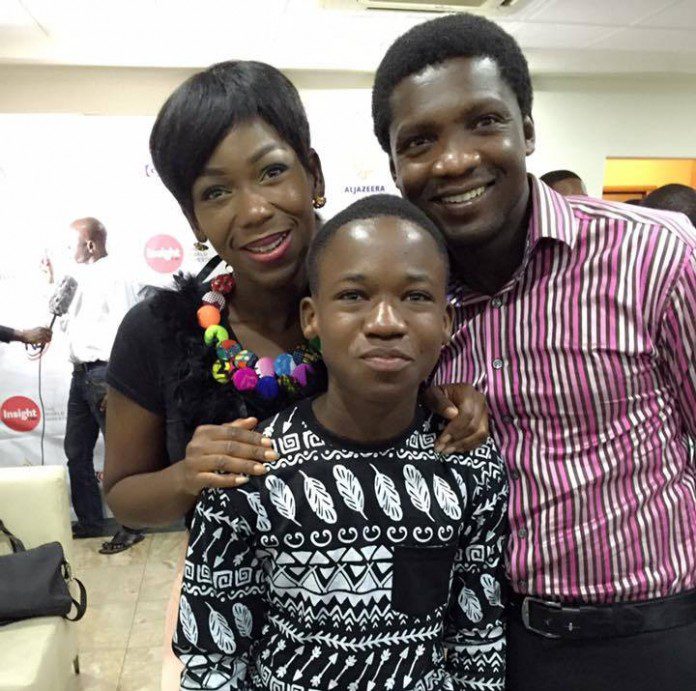 Award-winning young actor, Abraham Attah has revealed how featuring in Beats of No Nation Movie virtually landed him in trouble.

In an interview with the King of Comedy, KSM on Thank God is Friday, the child actor disclosed that his embarrassing moment in his breakthrough movie, Beasts of No Nation was a particular scene where a police officer forced him to stop and kicked him.

“I remember a scene when I was running and a policeman asked me to stop and kicked me because he didn’t know it was movie shoot.

“I nearly said something to the officer when I stopped but my director called me back. It was in a market and we were supposed to run through the market,” he said.

He was selected by the director Cary Funkanaga after auditioning for the role as a child soldier.

Abraham also has another movie, modern Ocean, which is yet to be released.

Azongo calls for National Development consensus in rebuilding the nation

A nation without boundaries and sad outcomes

‘Beast’ will be available in the US courtesy of Ahimsa Entertainment