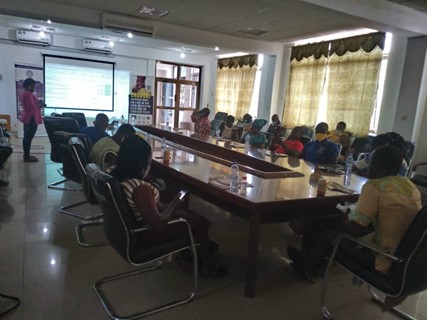 The absence of decentralized state institutions is hindering access to essential services and justice by vulnerable communities in the Upper East Region, a study conducted by the Widows and Orphans Movement (WOM), a gender-focused organization has revealed.

The study showed that only the Department of Social Welfare was the most decentralized state institution and had offices in almost all the 15 Municipalities and Districts in the region while the rest did not.

Ms Fati Abigail Abdulai, the Executive Director of WOM, who made the findings known to stakeholders in Bolgatanga, noted that the study was part of a four-year project on the theme: “ENOUGH!”, being implemented in partnership with Oxfam Ghana and Women in Law and Development (WiLDAF) with funding support from the European Union (EU).

The project aims to empower women, girls, boys, and men to take positive action in ending sexual and gender-based violence in Ghana, Liberia, and Mali.

The findings revealed that due to lack of state institutions at the district and community levels such as the Domestic Violence and Victims Support Unit (DOVVSU), the Commission on Human Rights and Administrative Justice (CHRAJ) and Legal Aid among others, many people were often denied services especially justice.

Also because of poverty in the rural communities, women, especially did not have the resources to travel from their various communities to Bolgatanga, the regional capital to seek justice for being abused.

That, Ms Abduali noted, coupled with high medical fees had denied abused persons access to essential services and justice, increasing the incidence of sexual and gender based violence in the rural communities. The study revealed that there was no single shelter in the region designated for abused persons.

It, therefore, recommended that the government should take urgent steps to create office space and decentralize state institutions to help deliver justice to abused persons especially women and girls who are the most vulnerable.

It further urged the government to operationalize the Domestic Violence Support Fund to enable abused persons to have access to financial support for medical bills and seek justice.

It further called on stakeholders to join synergy to advocate the construction of a shelter for abused persons.