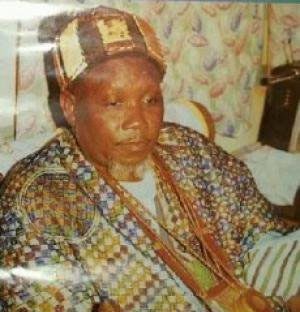 The Abudu Royal Family gave the ultimatum at a news conference held at Yendi on Monday to share its grievances on the issues of renovation of the Gbewaa Palace and the performance of the final funeral rites of the late Ya-Na Mahamadu Abdulai IV. Mr Iddrisu said: “We are compelled under the circumstances to serve notice that if by Monday, January 25, 2016, there is no renovation work going on at the Gbewaa Palace for the two funerals, we shall advise ourselves.”

He said: “The non-performance of the final funeral rites of Naa Mahamadu Abdulai IV in the Gbewaa Palace as that of a deceased Ya-Na is the single most important threat to the peace and stability of Dagbon Traditional Area” adding “we intend to explore all means necessary to gain access to the Gbewaa Palace to perform Naa Mahamadu Abdulai’s funeral.”

Mr Iddrisu said the government and the Asantehene led Committee of Eminent Chiefs (CEC) tasked to mediate the Dagbon chieftaincy crisis had failed to enforce or implement provisions of the Roadmap to Peace Document promulgated by the CEC to bring lasting peace to the Dagbon Traditional Area.

He said: “Whereas the CEC implemented the Roadmap to Peace Document by allowing the Andani Royal Family to bury the late Ya-Na Yakubu Andani II in the Gbewaa Palace and installed the Kampakuya-Naa as his regent, it failed to implement a clause in the Roadmap, which grants the Abudu Royal Family access to the Gbewaa Palace for the performance of the funeral of the late Ya-Na Mahamadu Abdulai IV”.

He said President John Dramani Mahama had also given assurances on, at least, two occasions that the Gbewaa Palace would be renovated to pave way for the performance of the funerals to resolve the Dagbon chieftaincy crisis and bring lasting peace to the area.

Mr Iddrisu said “It is our hope that the CEC and the President would appreciate the fierce urgency now and act with dispatch in commencing renovation works at the Gbewaa Palace.”

31 players called to begin camping for Under-20 World Cup

Ghana to begin a non-residential camping for Commonwealth Games