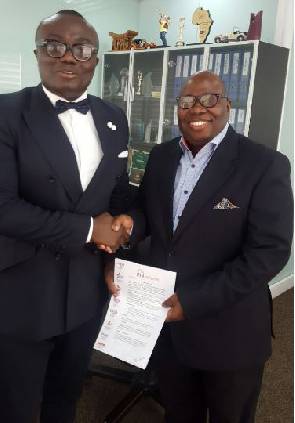 A deal has been agreed for Adinkra, who until recently was host of the morning show on Atinka FM, owned by the Tobinco Group of companies, to start a new radio journey.

Adinkra is heading to EIB’s latest addition to its group Abusua FM, as Morning Show host.

Abusua FM is operating on the frequency 96.5 in the Ashanti Region, and started test transmission on June 1, ahead of full roll-out. 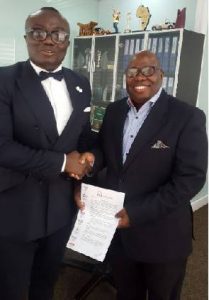 Adinkra and a team of experienced heads are being recruited to lead EIB’s official entry into the mass market in the Ashanti Region. EIB also operates Ultimate 106.9 FM in Kumasi.

Adinkra’s decision to leave Accra a little over a year after joining Atinka FM was predicted. Before moving to Accra, he enjoyed an unmatched popularity in the Ashanti Region as the most listened to morning radio host on Angel FM. For years, he became Kumasi’s biggest name in radio and helped built a following that propelled him to the top of morning radio in the Northern sector.

The Abusua FM move is one that is set to reintroduce him to a territory he knows all too well, and also offer the EIB Network-owned station a good head start.

I can’t tell if I smoke “weed” or not – Ambulley

Biggest flower show to be held on September 10