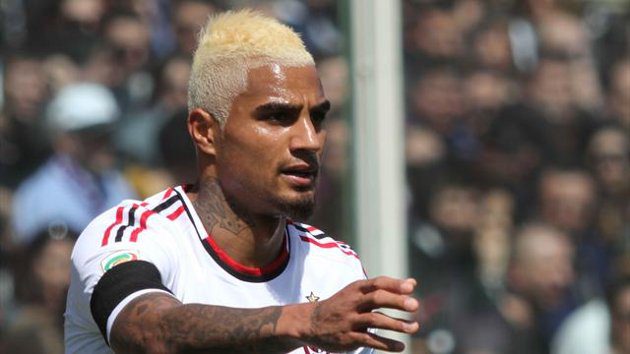 Kevin-Prince Boateng could be playing for AC Milan in January

Italian Serie A giants AC Milan will hand a lifeline to suspended Ghana midfielder Kevin-Prince Boateng by handing him a contract in January, GHANAsoccernet.com understands.

The 28-year-old has been training with the Rossoneris and played in their 3-0 friendly win over Monza on Thursday afternoon.

Milan President Silvio Berlusconi is an admirer of the midfielder who helped them win the Scudetto title on his first season at the San Siro.

Though Milan boss Sinisa Mihajlovic does not appear convinced with the fitness of Boateng it is believed Milan Berlusconi has already agreed in principle to sign the midfielder when the transfer window opens in January.