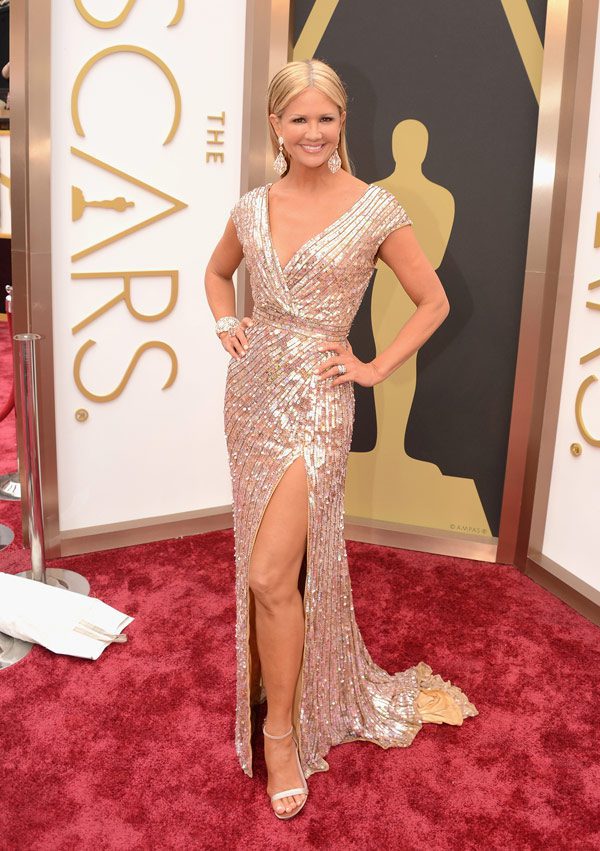 Kevin Hart stepped down from presenting next month’s ceremony after some of his past controversial tweets emerged, which he has since spoken out twice to apologise for, and the Academy of Motion Picture Arts and Sciences are now said to be lining up a select group of A-listers to introduce the segments rather than one host.

Sources have told Variety that barring an 11th hour change of heart, the show’s producers are planning to focus on music in film skits due to likely nominees Lady Gaga, Kendrick Lamar and Dolly Parton, rather than have one individual kicking the ceremony off with a monologue of quips.

Insiders insisted the idea of Kevin returning to host the ceremony, which will take place at Hollywood’s Dolby Theatre on February 24th, is 100 per cent dead.

The comedian confirmed as much in an interview earlier this week.

He said: “I’m not hosting the Oscars this year. It’s hard to predict what can happen … right now I don’t have the time.”

The 39-year-old actor also admitted this week that his chances of fronting the awards ceremony are “very slim”.

He said: “If you’re a gambling man, that means that you’re a gambler, so you’ve gotta let your money roll. I’m not gonna say anything, and I’m definitely got gonna say it here, but the chances are very slim.”
This came after recent speculation that the Academy could ask him to reconsider.

What’s more, Chris Rock – who previously fronted the Academy Awards in 2005 and 2016 – has ruled himself out of presenting the Oscars this year, but he thinks Steve Martin should do the job.

Spotting the ‘Father of the Bride’ star in the crowd at the New York Film Critics Circle awards dinner at Tao Downtown in Manhattan on Monday (07.01.19), Chris said: “Steve Martin, you should host the Oscars! You were the best. I’m not doing that s**t! You’re not getting me.”

The Oscars were last without a main host in 1989 when Rob Lowe opened the show by performing a duet of ‘Proud Mary’ with Snow White, which became a nationwide controversy.

Speaking about the moment, he said last year: “I made a huge mistake. I had always thought the Oscars were a bit of fun escapism for America where we celebrate and honour the craft of making movies.

“What I didn’t realise was the grand solemnity and profound seriousness and the contribution to society at large that the evening represents to a lot of people, and that’s on me. That’s my bad.”