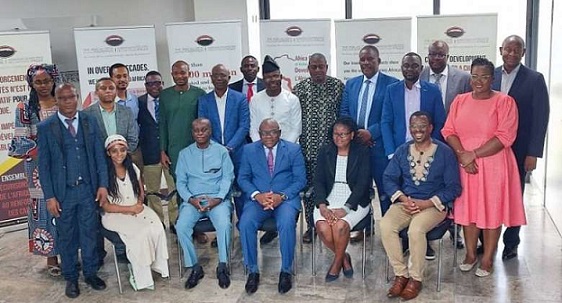 The World Health Organisation report has revealed that tobacco usage is the leading preventable cause of death among adults globally as it was on the rise in Africa.

According to the report, tobacco kills more than 8 million people each year. More than 7 million of those deaths are the direct result of tobacco use, while around 1.2 million are the result of non-smokers being exposed to second-hand smoke.

The Director of Programs and Director for West and Central Africa Office of the ACBF, Professor Sylvain Boko made this known during a five-day workshop organized by the ACBF under the theme: “Enhanced skills in Governance and Leadership.”

Adding that, the participants would also brainstorm over concrete measures to put in place to help reduce tobacco use which has harmful to human health.

According to, Professor Sylvain Boko, the training which is Phase II of the Tobacco Control Programme also aimed at providing targeted support to existing partners in the areas of Monitoring & Evaluation, Financial Management, Leadership, Governance, and Resource Mobilization, in order to help to curb human and institutional capacity gaps.

This he said, the participants will learn and exchange ideas and good practices around some of the key control issues in dealing with leadership and governance with reference to African organizations and institutions.

The Finance Minister, Mr. Emmanuel Fordjour the Chief Economist at the Ministry addressing the participants said despite sustained promulgation of legal tools in combating the harmful effects of tobacco use; Ghana as a country has recently come under from the use of social media to promote tobacco use.

“For instance these days we often find a number of so-called celebrities who showcase the use of tobacco products such as cigars and shisha on social media.

To such people, it is simply fashionable to display a modern trend,” he discloses.

He, therefore, condemned such dubious acts as he called on law enforcement agencies to take legal action against such celebrities flouting the law.

This week’s training workshop is taking place from today to Friday, April 29, 2022, at the ACBF West and Central Regional Office in Accra, Ghana.

The training which commenced on Monday will come to an end on Friday, April 29, 2022, at the ACBF West and Central Regional Office in Accra, Ghana.