News Ghana
Home Opinion Access to water and improved water use efficiency are essential to reduce...

Water scarcity is one of the major challenges of the 21st century and drylands are the most affected, including West Africa.

West Africa and the Sahel region is among the most vulnerable to food and nutrition insecurity in Sub Saharan Africa. In West Africa, the number of undernourished people reached 51.6 million in 2018, while the prevalence of severe food insecurity in the total population reached 17.6% (SOFI 2019)

The region is characterized by harsh climatic conditions with strong climatic variations and irregular rainfalls, which are a serious obstacle to food security and poverty reduction in the region. The high variable rainfall patterns (with an average of 100 to 600 mm a year) is one among the many complex and interconnected challenges that face the region.

The majority of farmers rely on unreliable and erratic rainfall and rain fed agriculture for their survival. Over the past five decades, persistent droughts have contributed to famine episodes, with around 1.4 million children threatened with severe malnutrition and water borne diseases and epidemics due to lack of safe water. The frequency and severity of droughts and floods has increased over time, exacerbated by the climate change patterns.

The lack of water is a development issue, especially when 98% of the water used for agriculture comes from rainfall. With frequent climatic shocks and persistence of drought conditions, vulnerable households are less able to cope with crises and struggle to recover in time, especially when the livelihoods of the entire region depends heavily on rain fed agriculture for its survival. Because of drought and desertification, 12 million ha are lost each year, which can produce at least 20 million tons of grain annually.

The lack of water is a migration issue. By 2030, water scarcity could displace about 700 million people in arid and semi-arid regions. People move to find water where it is available, in order to live. Young women and girls travel long distances to fetch water; the same for herders. The lack of water, combined with recurrent security and unemployment issues push people, especially the youngest to migrate. In some regions, this lack of access to water has been exacerbated by conflict and insecurity.

The lack of water is a major health, food and nutrition security issue. Lack of adequate water and sanitation facilities, as well as poor hygiene conditions, exacerbated by often limited or even failing health systems, are all obstacles to adequate health care, and make some communities extremely vulnerable to waterborne diseases and epidemics. The lack of access to safe drinking water is also an aggravating factor in malnutrition.

Rainfall deficiencies and poor distribution have reduced access to water and pasture, affected the supply of agricultural produce, increased food costs and falling livestock prices. Pastoralists migrated early, with millions of cattle, in search of water and pasture. Combined with the expansion and intensification of social and armed conflict, this situation has resulted in extremely high rates of food insecurity and malnutrition across the region.

About 2.5 million pastoralists and agro-pastoralists face a serious risk of livelihood crisis linked, among other things, to the lack of access to certain pastoral areas, particularly in northern and eastern Burkina Faso, North West and East of Niger, northeastern Mali and northeastern Nigeria, and the Lake Chad region. Conflict and climate change are also driving hunger, food insecurity and malnutrition. Climate change has a negative impact on the quality and quantity of water.

These phenomena, coupled with anthropic actions, have accelerated land degradation and the decline of soil fertility.

There is now an urgent need to break the cycle of recurrent food crises in the region and one of the most important need is to ensure sustainable access to water for agriculture and livestock development, as well as for domestic use to cut off the cycle of food insecurity, malnutrition and diseases that hamper socio-economic development in the region by promoting rain water harvesting techniques.

Water resource is essential for sustainable development, poverty alleviation and improved human well-being. Access to water leads to food and nutrition security through agriculture development, with less crop loss due to draught.

Reliable and innovative techniques to access water include runoff water collection technique, locally called “BOULI”; rainwater harvesting and storage in tanks or cisterns to collect water during the rainy season and make it available during the dry season and the underground water drilling using solar powered pumps sets with the installation of reticulation system for small scale irrigation, livestock watering and domestic use.

The word “BOULI” refers to pond of a depth of 2 to 4 m dug in most impermeable soil and in a zone of convergence and concentration of runoff during the rainy seasons. A part from their importance in availing water for agriculture, livestock and domestic use, the boulis have an invisible but so important and vital role of recharging groundwater and maintain the water table at a usable level during the dry season.

FAO has successfully tested these techniques in several West African Countries where they have reduced the vulnerability of small holder farmers and pastoralists to climate change and water scarcity and have contributed significantly to improve and increase agriculture productivity, food and nutrition security for beneficiary communities.

Young women and men have been trained in construction of rain water cisterns, in solar powered irrigation system and innovative irrigation techniques in targeted countries, contributing to smart job creation for youth in the region.

As results and impacts, these techniques have successfully contributed to access to safe water for millions of people and livestock, improved food and nutrition security, adoption of modern water use efficiency techniques (drip irrigation techniques) to improve agriculture and livestock productivity, reduction of malnutrition and infant mortality rate, reduction of diseases related to the use of unsafe water, resilience to climate shocks and improved peace, security and social cohesion.

An article by Eugene Rurangwa, Land and Water Officer, FAO Sub Regional Office for West Africa
(The views expressed are solely the opinion of the writer and not binding on the organization) 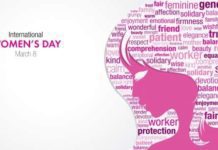 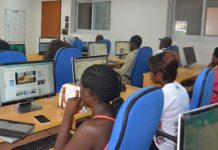 The Ghana We Want

The Overthrow of Nkrumah in 1966 was Inevitable – Part I