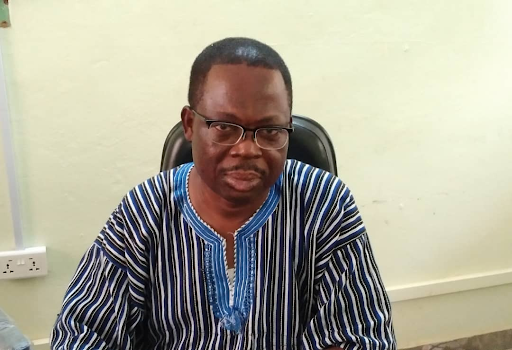 “The appointment of Mad Owusu-Banahene for this ministerial position, after working with this government as the Sunyani Municipal Chief Executive for a little over one and half years is an indication the President is satisfied with her work,” it said.

A statement issued and signed by Mr Theophilus Asomah-Kyeremeh, Governance and Media Expert at the DDL and copied to the Ghana News Agency (GNA) in Sunyani, said “we are not surprise about this position at all, because you have excelled in executing the President’s vision for Sunyani Municipal Assembly.

“You also provided leadership in the heat of the COVID-19 pandemic and addressed the myriad of challenges facing the people in the Municipality,” it said.

Describing Madam Owusu-Banahene as very approachable, hardworking, nationalistic, and a true mother, the statement called on the people to support her to “bear the torch” and bring the development of the Region to the next level.

“We have come to know that you are affectionately called ‘Awo Baatanpa’ (a mother of tender loving care) by your political admirers and acquaintances for your highly receptive nature, and politically open-arm stance.

“In fact your appointment has inspired many people including the working and middle class, the entire academic community, market women, and most importantly ordinary Ghanaians living in the Bono Region who have almost given up on politics and politicians in general,” it added, stressing “your appointment as the Bono Regional Minister has rekindle a new hope for the people of the region.

“Though we are elated but not surprised to hear of your nomination, successfully vetted and subsequently swearing-in because you are more than qualified and deserve to occupy that position,” the statement said.

It expressed the hope that Madam Owusu-Banahene would combine her rich political, academic and leadership experiences and collaborate with traditional authorities and other stakeholders to facilitate the socio-economic development of the Region.

“Your openness to new ideas and intellectual and leadership capacity ably demonstrated over the years makes you the best fit to lead the Region and unleash innovation and the entrepreneurial spirit embedded in our able and brilliant youth and help move this Region onto a new trajectory,” the statement added.

It therefore appealed to the chiefs and people of the Region to support and cooperate with the Regional Minister for the speedy progress.

According to the statement, the company had finalised modalities and it would soon open a branch at Dumasua in the Sunyani West Municipality of the Region.

The company works in collaboration with Champion Minerals & Jewellery Designs Ltd. (CMJDL) a Jewellery manufacturing company, Global LLC and the Cad Institute in the United States, its foreign partners.

Muslim In Kekeli Community Congratulates For A Successful Ramadan Fasting