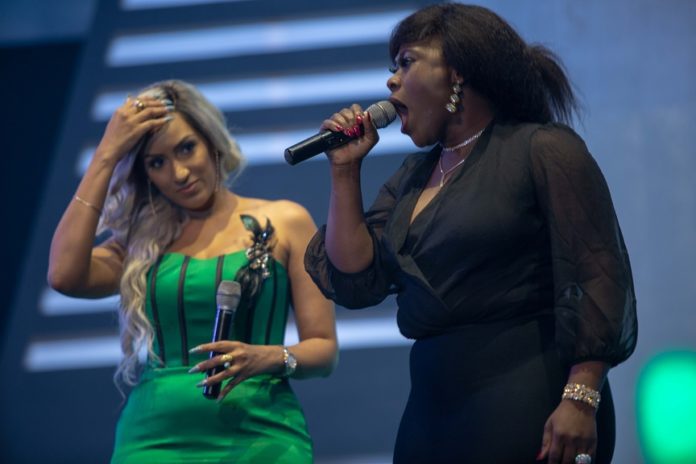 It was an explosive evening of laughter served hot by the grandmasters of data, Glo Mobile as the company introduced an exciting package of fun, comedy, music and high octane entertainment, spanning from August till October.

The comedy event, tagged Glo Laffta fest, the first of five rich cast events, was held at the sprawling Fantasy Dome, Trade Fair, Accra on Sunday evening. It attracted thousands of revellers who trooped to the venue to partake of the buffet of sheer wit and unbridled fun.

On stage were some of the best and brightest stand-up comedians in Ghana and across the continent, lined up by Glo to serenade its subscribers.

Among these acts were good old Basketmouth, DKB, Gordons, Jacinta, Bovi, Foster Romanus, Seyi Law and Uganda-born Salvadore, all of who took turns to serenade thousands of supporters and customers of Glo.

The evening event started on a lighter note with performances by exuberant upcoming comedians, excited about the chance of engaging such huge crowd for the first time in their entire budding careers. These imminent comedians included MJ the Comedian, E-Laff, Comedian Waris and David Crypto.

Celebrated Nollywood icon, Richard Mofe Damijo (RMD) got a thunderous ovation from the packed auditorium when he was introduced as a special guest. Damijo could have easily passed for a Ghanaian even as he asked the ecstatic audience to help him with a Ghanaian name to adopt.

Jacinta, who was the first among the first batch of stars to mount the stage, did not disappoint, as she rendered a side-splitting account of herself, throwing shades at her experience in trying to lose weight. She used the jokes to advise ladies never to be disappointed in their physical features. Jacinta’s performance on such a huge stage was flawless and won her accolades from a highly appreciative audience.

Seyi Law equally wowed the audience with an exemplary performance and so did DKB, Salvador and Foster Romanus in that order.

The bigger “boys”, Bovi, Gordons and Basketmouth were in a world of their own at the show as they respectively and expertly carried their audiences to levels where laughter appeared to cease to be medicinal. The audience was helplessly hysterical.

Gordons had a way with his gait, walk and facial demeanour that usually sends people scrunching before he even gets to hurl his very first joke. He put all of these to work to make the evening an enjoyable one for the very appreciative audience.

Chief Dele Momodu, publisher of Ovation and a special guest described the event as a great one. “It was fantastic. The crowd was massive. It is the biggest comedy event I’ve attended in Ghana. I had a nice time and I’m sure thousands of others also enjoyed the show to the fullest”, he said.

For Edna Brouns & Angela Bakker, two social/aid workers from Amsterdam, Netherlands currently working in Ghana, the layout of the hall was beautiful with good crowd. The celebrities were also excellent in their performances. We had a nice time at the Glo Laffta fest show. The participation of the audience in the programme was also a good one as it allowed for interaction with the subscribers and guests. 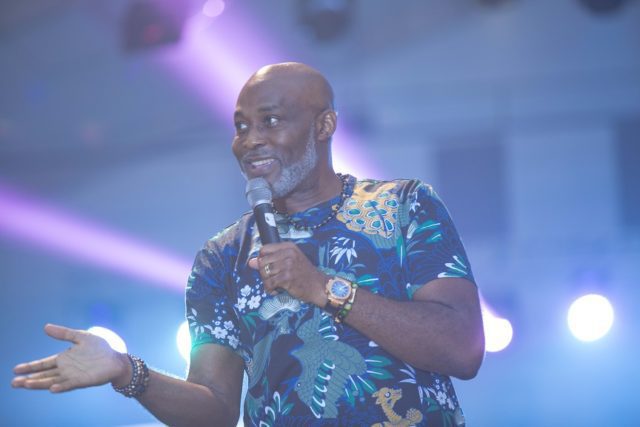 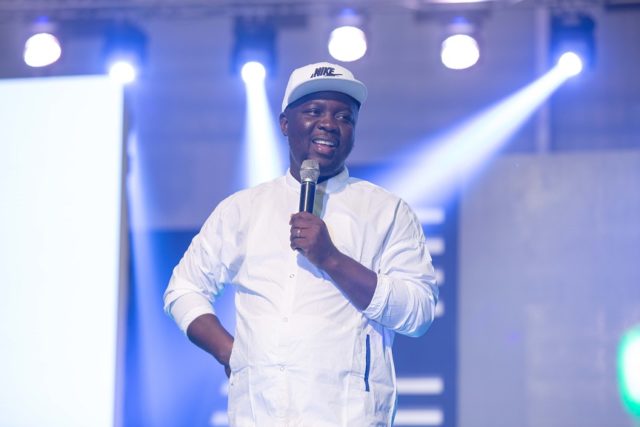 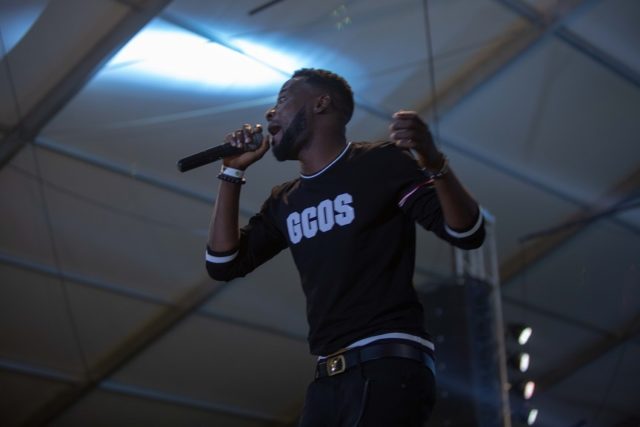 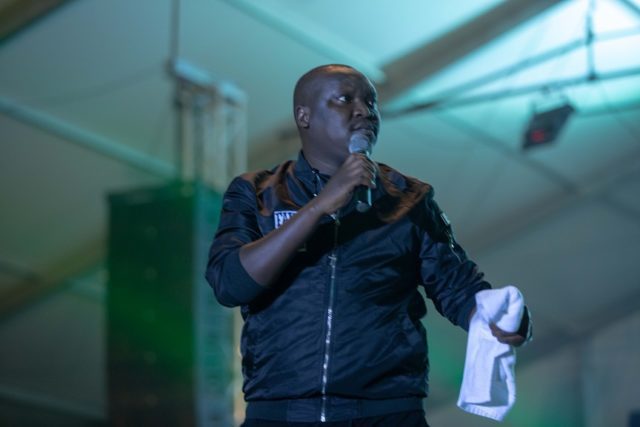 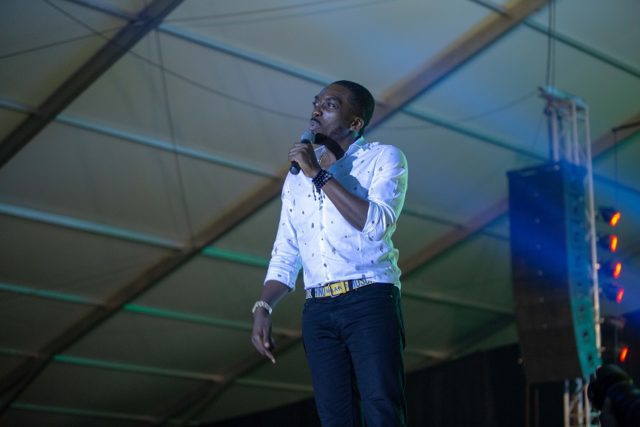 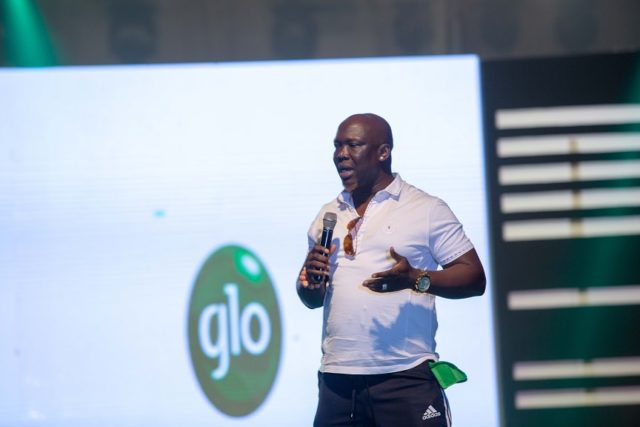 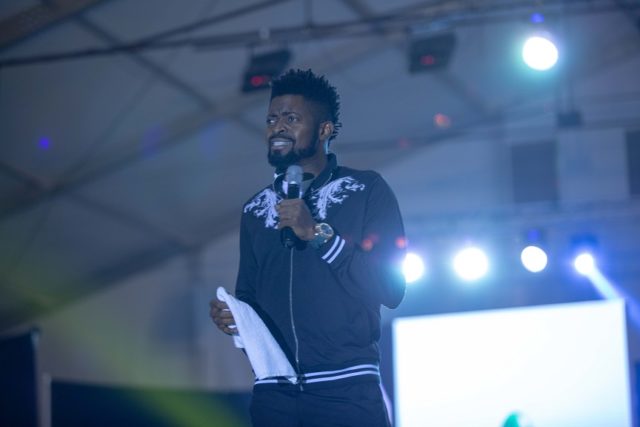 The Managing Director of Graphic Communications Limited, Mr Ransford Tetteh equally lauded the event. “It went very well. The crowd was also huge. Kudos to you guys for the show”, he said.

In all, the Glo Laffta fest was a major opportunity for Glo to appreciate its subscribers in Ghana. More importantly, it was an occasion to connect with many of them, boost their passion for happiness and laughter.

With the first event gone, attention now shifts to the second encounter, the Mega Music Show, coming up on Saturday, August 25, 2018 at the same Fantasy Dome.

The music event is fully loaded with Sarkodie, Davido, Flavour Tekno and Yemi Alade on the bill. A statement from Glo promised subscribers a swell time with these music superstars on August 25. 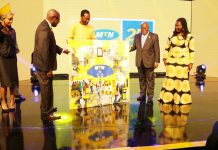