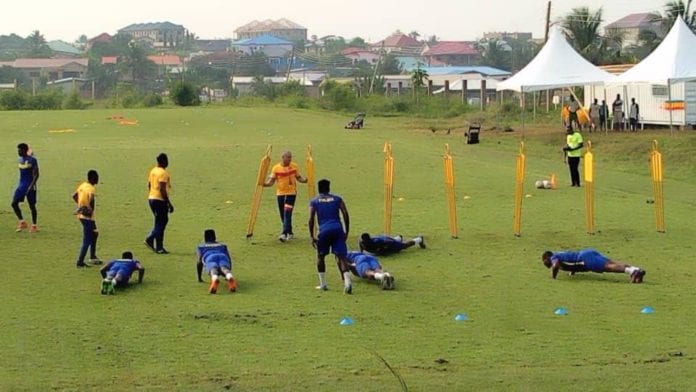 Accra Hearts of Oak will play their first competitive home match, after one year, at their favourite grounds, Accra Sports Stadium under flood lights.

The Phobians would play against Dreams FC at home on Sunday, March 31, in their first home game of the Ghana Football Association (GFA) Normalisation Special Cup.

At a press conference in Accra on Wednesday, Mr. Kwame Opare Addo, Communications Manager of the club said, the game would be played at 18:00 GMT adding that rates for the match would be made public soon.

Meanwhile, coach of the side Kim Grant has promised beautiful football for the expectant fans on Sunday.

Fatawu Mohammed, captain of the side also said, the game was a must win for the team.