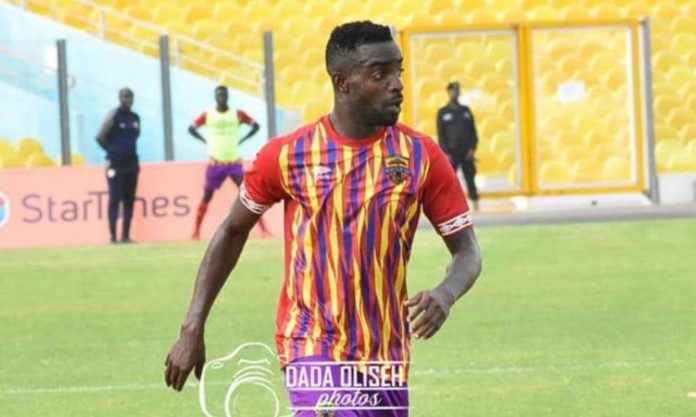 Accra Hearts of Oak is keen on selling midfielder Frederick Ansah Botchway, after deeming him as surplus to requirements.

Hearts on the official club’s website stated that Botchway was no longer needed at the club and were in the process of mutually terminating his contract.

Ansah Botchway, in an emotional Facebook post, disclosed that he had difficulty in getting his release letter despite being regarded as surplus.

But the club, in a statement, said: “Following discussions with Frederick Ansah and his managers for a mutual termination, it was agreed that we would look for suitable club for the player to choose from for an onward transfer.

“The club did indeed find two clubs for the player, but he wasn’t enthused about joining any of them.

“Knowing very well that we still have a contract with the player, Hearts of Oak have decided to continue to explore other avenues to find a club that would be suitable for the player to join, but until then, Frederick Ansah Botchway would continue to train with us to keep him fit and ready for his next destination.

“We are very much hopeful that the player will accept the next available team that we offer him so he can continue with his professional career.”

Great Olympics confident of another scalp against Hearts of Oak