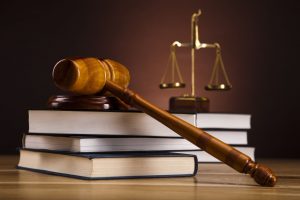 He said the team of consultants developed and launched the exit plan at Alisa Hotel, where the Former President, John Dramani Mahama was represented.

The accused said this when during cross-examination by state, Mrs Marina Appiah-Opare, Principal State attorney pointed out to him that there was no exit plan for the programme and that investigations have proven so as well.

Mr Abuga Pele, the former National Co-ordinator of GYEEDA and Mr Assibit, a Representative of GIG, are facing various charges of causing financial loss of 4.1 million Ghana Cedis to the State.

Assibit is being accused of putting in false claims that he had secured a 65-million-dollar World Bank funding for the creation of one million jobs for the youth, which led government to part with GH¢ 4.1 million to his company but failed to deliver per the agreement.

The State asked, whether, Mr Assibit had a copy of the plan but he said, they was no copy.

The prosecution said to the accused “There is nothing on record to support your claim on the exit plan,” but Assibit denied that and said the A-G knew EOCO took vital documents from him, which included the exit plan.

He said the claims by other prosecution witnesses in that case that all NYEP modules had exit plan was not true, hence none of them even shown an exhibit in court.

He said it was not a claim that GIG had a contract with NYEP but there were documentary evidence to that effect for work done.

The prosecution had earlier exhibited a ltter by Assibit signing as Managing Consultant of MDPI.

The case has been adjourned to November 17.