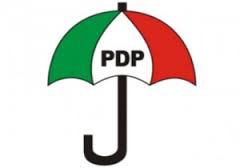 The Alliance of Collaborating Political Parties (ACPP) under the leadership of Wole Adedoyin has condemned the violent invasion and attack on members of the Peoples Democratic Party (PDP) early this week in Osogbo.

ACPP said that they received the news of violent invasion of extended PDP Campaign train in Osogbo with shock and disbelief, warning NURTW members from the area to resist from being used as political thugs.

It would be recalled that some members of the Peoples Democratic Party (PDP) were recently attacked by suspected hoodlums around Isale-Osun area of Osogbo, Osun state.

ACPP in a statement made available to newsmen in Ilesa on Wednesday, called on security agencies to apprehend and prosecute the perpetrators and their likely sponsors.

“The Alliance of Collaborating Political Parties (ACPP) condemns in very strong terms this attack in which more than seventy members of the Peoples Democratic Party (PDP) were wounded.”

“It’s quite unfortunate and regrettable that some people still play undemocratic politics of thuggery in 2022. Any political party that still uses thugs and violence should be resisted by all well meaning Osun Voters and all political stakeholders must come together to combat this holistically before it degenerates to something worse.”

ACPP further called for “thorough investigation of the incident to ensure adequate actions are taken against anyone found to have overstepped his bounds.”