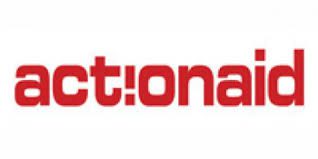 Some employers, business owners and managers of various businesses in the Northern Region have attended a day’s workshop in Tamale to develop sexual harassment charters to guide their organisations.

This is to help protect young women and men especially, those in the informal sector to stay safe from sexual harassment at the workplace.

The workshop formed part of the Zero Violence project being implemented in partnership with Frontline Aids and ActionAid United Kingdom (UK) and ActionAid Ghana with funding from the Foreign, Commonwealth and Development Office of the UK Government.

The project seeks to promote access to decent work and to increase the awareness of employers and employees on the International Labour Organisation (ILO) Convention 190, and the Domestic Workers Regulation to ensure cordiality at workplaces.

The Domestic Workers Regulation (Legislative Instrument LI 2408), which was passed in June, 2020, is in line with ILO C189, which seeks to address issues of domestic workers so that they will have their freedoms, and also to check on child labour while C190, which was adopted in 2019, and yet to be ratified by the Ghanaian Government, deals with issues of violence and harassment at workplaces.

ActionAid Ghana in consultation with labour organisations, employers and employees conducted a research last year, following which it developed a guideline for organisations to develop their sexual harassment charters, which would suit their contexts and be in sync with the country’s laws so that they could protect young women and men in the informal sector to stay safe from sexual harassment.

During the workshop, ActionAid Ghana presented the draft sexual harassment charter to participants where they made inputs into it, and pledged their commitment to adopt it at their various workplaces to guide their behaviours and the behaviours of their employees and customers.

Participants recounted stories, which showed that sexual harassment at the workplace was pervasive and needed to be taken seriously to protect workers and customers in the country.

Madam Esther Boateng, Programme Manager of ActionAid Ghana in the Northern Region, expressed the need for employers and organisations to put in place proactive measures to denounce sexual harassment at their establishments.

Madam Boateng said “At the workplace, it is important to put in place policies and procedures that will prevent sexual harassment. As owner of an organisation, it is good for you to have your integrity and your work ethics on the point so that people, who come to your organisation, are assured that this place I am going, I will not be harassed”.

Madam Mercy Nabia, Proprietor of Dieu Merci Bar located in Tamale, said “Our workplace is open to the public, and some of our young women, most of the time, are being harassed but few of them report it. So, we will talk to them and let them open up on sexual harassment so we can help them.”

Mr Kiipo Alex Soale, Proprietor of The Royal International Academy located in Tamale, said issues of sexual harassment at the workplace must not be downplayed and gave assurance that he would adopt the charter at his organisation to ensure that his staff members and guests complied with it.