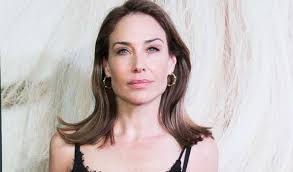 Actress Claire Forlani announced as ambassador for the International Union Against Tuberculosis and Lung Disease (The Union) ahead of the 50th Union World Conference on Lung Health to be held in Hyderabad, India

Thursday 19 September 2019 (Paris, France; Hyderabad, India) – Film and television actress Claire Forlani has accepted a role as ambassador for the International Union Against Tuberculosis and Lung Disease (The Union) and will speak at the opening ceremony of the 50th Union World Conference on Lung Health to be held in Hyderabad, India from 30 October to 2 November.

More than 2,500 delegates including political leaders and health officials, doctors, researchers, nurses, tuberculosis (TB) survivors and civil society organisations from around the world, are expected to attend the Union World Conference, the first in more than half a century to be held in India.

“It is shocking that today TB is the world’s largest infectious disease killer, despite it being preventable, treatable and curable”, said Claire Forlani.

“I am grateful to be able to help raise awareness of this disease, beginning with the Union World Conference in Hyderabad. We cannot end TB around the world unless we end it in India.”

In 2017, 10 million people globally fell ill with TB and 1.6 million died from the disease. India has the highest TB burden in the world, and Prime Minister Narendra Modi has committed to eliminate TB in India by 2025, five years ahead of the official United Nations’ (UN) target.

“We are delighted that Claire has accepted this vital role and are honoured that she is coming to India to see the challenges for herself”, said José Luis Castro, Executive Director of The Union.

“The fight to beat TB is an emergency, and it is our hope that the conference will provide continuing momentum in the drive to eliminate the disease both in India and worldwide.”

Speakers at the opening ceremony will also include: Dr Ren Minghui, Assistant Director-General at the World Health Organization; senior representatives of the Government of India and the State of Telangana; and Nandita Venkatesan, a TB survivor, activist and journalist from Mumbai.

On Tuesday 29 October, the conference will host the inaugural Survivors Summit, which is expected to be attended by hundreds of survivors of TB and other lung diseases from around the world.

The scale of the TB global health emergency has been acknowledged by the UN, which held the inaugural High-Level Meeting on TB in New York last September, culminating in a Political Declaration signed by world leaders committed to ending TB by 2030.

About Claire Forlani
Claire recently wrapped a six-part miniseries, Departure, starring alongside Oscar-Winner Christopher Plummer and Archie Panjabi. Claire was recently in the feature films Five Feet Apart, and Precious Cargo with Bruce Willis. Claire starred opposite Sophie Turner in Another Me, in Hallem Foe with Jamie Bell, Flashback of a Fool with Daniel Craig and Felicity Jones, The Medallion co-starring with Jackie Chan, Antitrust alongside Tim Robbins and Ryan Phillipe, Boys and Girls, Universal’s Mystery Men opposite Ben Stiller, and in The Rock with Sean Connery and Nicholas Cage. She portrayed artist Jean-Michel Basquiat’s girlfriend “Gina” in Basquiat opposite Jeffrey Wright for director Julian Schnabel and starred in Green Street Hooligans with Elijah Wood and Charlie Hunnam. Claire played “Susan Parish” opposite Brad Pitt and Antony Hopkins in Meet Joe Black, and “Brandi” in Kevin Smith’s Mallrats.

Claire’s other television work has been playing the recurring character “Alicia Brown” in Hawaii Five-0 for CBS, and she can be seen in the miniseries Running for Her Life. She’s also played the recurring roles of “Lauren Hunter” on NCIS LA, “Queen Igraine” in the Starz drama series Camelot, “Payton Driscoll” in CSI NY, with further recurring roles in Nightmares and Dreamscapes by Stephen King, The Diplomat, Ice, and the miniseries The Pentagon Papers co-starring with James Spader and Paul Giamatti

About the 50th Union World Conference on Lung Health
The Union World Conference on Lung Health, convened by the International Union Against Tuberculosis and Lung Diseases (The Union), is the world’s largest gathering of clinicians and public health workers, health programme managers, policymakers, researchers and advocates working to end the suffering caused by lung disease, with a focus specifically on the challenges faced by low-and lower-middle income populations. Of the 10 million people who die each year from lung diseases, some 80 percent live in these resource-limited settings.

Organising international conferences on TB and related subjects has been a core activity of The Union since its founding in 1920.

About the International Union Against Tuberculosis and Lung Disease (The Union)
The Union was founded in 1920 and is the world’s first global health organisation. We are a global leader in ending TB, we fight the tobacco industry, and we solve key problems in treating major diseases. We use science to design the best treatments and policies for the most pressing public health challenges affecting people living in poverty around the world. The Union’s members, staff and consultants operate in more than 150 countries and embody our core values of accountability, independence, quality and solidarity.