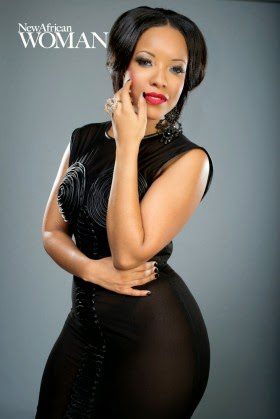 Dumas inclusion follows the African Speakers and Artists (AS+A), East Africa’s leading speaker bureau announcement that it was expanding to Ghana and Nigeria as it builds its portfolio of West African speakers and artists for the international market. The newest additions to AS+A’s talent roster are household names in the two speaking West African countries – Ghana and Nigeria,” the Bureau said in a statement copied to the Ghana News Agency on Friday.

Announcing AS+A’s expansion into West Africa, George Issaias, Founder and CEO, was quoted as saying: “We have been building our base from East Africa, where we already represent a host of exceptional, and world class business leaders and artists.

“But our plan is to sign African talent from all over the continent as we grow, and we believe that the talent within Ghana can be better represented on the world stage.”

“Ghana’s creative media industry has a strong reputation outside of Africa, and of course Ghanaian speakers and artists bring their own perspective and insights to international audiences.

“Our job is to connect that talent to global brands, and to bring them world-wide exposure through international events and campaigns.

“We want all of our African performers, successful entrepreneurs and creative visionaries to get their share of voice and the international recognition they merit.”

Headquartered in Nairobi, and with an office in London, AS+A already represents senior business leaders, artists and media personalities from across Africa.

Joselyn Dumas is a household name in Ghana as a television host, actress and compere.

She landed her first role in Sparrow Productions’ ‘A Perfect Picture’, and then went on to star in ‘A Sting in a Tale’.

In 2009 she joined one of the biggest networks in Ghana, Viasat 1 to anchor their first ever own produced flagship talk show “the One Show” which she has successfully hosted for the past 4 years.

She won best supporting actress at the 2013 Ghana Movie Awards for her starring role in the movie, ‘A Northen Affair’, and was nominated alongside some of Africa’s best actresses in the Best Actress category at the 2014 Africa Movie Academy Awards.

‘Love or something like that’ is Joselyn’s latest movie starring alongside African actors, John Dumelo, also from Ghana, and OC Ukeje.

COMESA’s footwear production deficit due to lack of policies

Albania’s exports grew by 8.9 percent over the last 5-years

Footwear Company Pumps Money into the Production of Soles