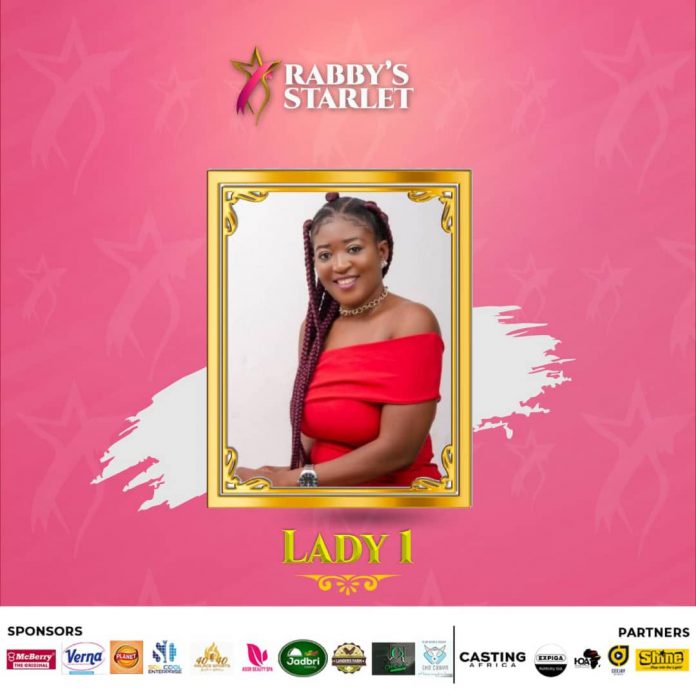 Ghana’s most promising Actress, Mary Awuni with a Showbiz name Lady 1, has been nominated for this Year’s ‘RABBY’s STARLET’ Reality Show.

Mary Awuni who is the Founder of Lady1 Foundation, made it onto the nomination list after going through the auditions for Season 2 of the reality show, ‘Rabby’s Starlet.’

In an interview, Mary Awuni said she is ready to “Bring This Home,” and called on her fans to brace up for the real show.

RABBY’s STARLET is a show which affords beautiful young ladies the opportunity to showcase their talent in a series of educational and thrilling tasks.

Since the maiden edition of the show, Ghanaians have interest in reality television and hence, organizers have been determined to produce quality series to meet that demand.

Season 1 of ‘’Rabby’s Starlet’ reality TV series camped eight talented ladies at a luxurious mansion in Accra for 13 weeks with the winner Portia Blankson receiving a Hyundai Sonata and cash prizes at the end.

The sole purpose of the programme is to groom female potential and ready them for the challenges of the real world by undertaking both intellectual and social projects during the show.

The ladies also received counselling and advice from seasoned personalities from corporate Ghana and the entertainment industry.

Narteh Ogum, two others nominated for Coach of the Month Award