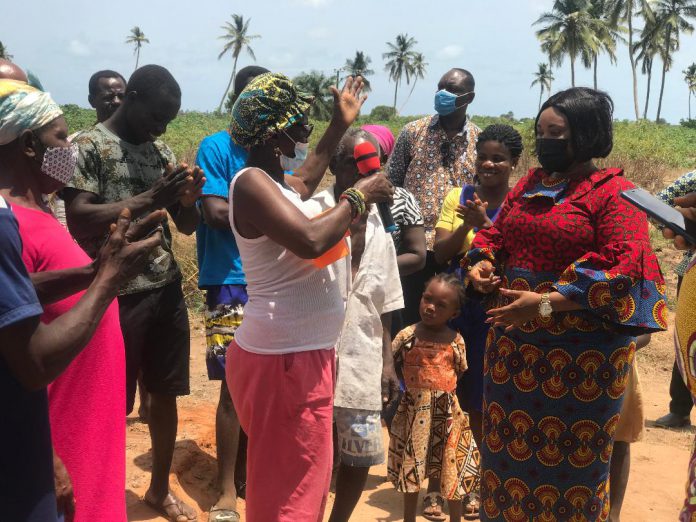 The Ada East District Assembly has rolled out some projects in line with Government’s national development infrastructure agenda as part of local ‘Grassroot transformation initiatives’ for Ada East.

“As the representative of President Nana Addo Dankwa Akufo-Addo, I will see to the implementation of all the initiated government policies including one district one factory, free SHS, Planting for Food and Jobs and the rest,” Ms Sarah Dugbakie Pobee, Ada East District Chief Executive, told the Ghana News Agency at Ada near Tema.

She said the Grassroot Transformation Initiatives for Ada East emanated from the Assembly’s determination to fulfil its mandate of developing the area through the provision of the needed amenities to the people.

Ms Pobee said the Assembly was working with the Traditional Authorities and the people to develop the area.

She said to demonstrate the determination to transform Ada in general and Ada East in particular, “I have continued with uncompleted projects inherited from previous DCEs through hard work. Most of these projects have been completed and are in use while the others are still ongoing”.

Some of the completed inherited projects included an office complex for the Assembly, which started in 2007 and completed in 2020, the Big Ada Police Station, a CHPS Compound at Teikpitikope, two boreholes at Kasseh and a three-unit classroom with ancillary facilities at Amlakpo.

Ms Pobee said under her leadership, the Assembly had initiated 32 projects out of which 12 were completed and others at various stages of completion.

Others are a CHPS compound at Togbloku, a classroom block for Kasseh Islamic School, and the Ada Foah market and the procurement and distribution of furniture for schools within the district.

The Ada East DCE said the ongoing projects, with some at the finishing stage, comprised of classroom blocks, staff quarters, irrigation system, markets, dormitories, in-land premix fuel stations among others.