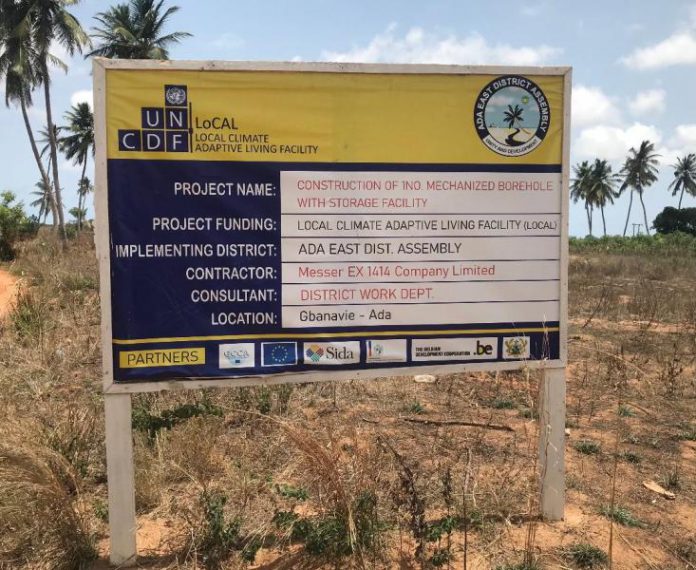 The Ada East District Assembly has resolved the water problem confronting the Gbanavie Community with the construction and handing over of a mechanised borehole for access to potable water.

Ms Sarah Dugbakie Pobee, the Ada East District Chief Executive, who handed over the facility to the community, said the borehole formed part of government’s efforts at ensuring that the people had access to potable water.

She said the borehole had multipurpose functions including supply of water for irrigation purposes and called on Ghanaians to own development projects and other state property within their communities.

Ms Pobee, who had been named: “Ada East Development Chief Executive” and “Action Lady,” told the people to consider the property as theirs and protect it for the future generation.

She said a four-member committee, comprising three people from the Gbanavie community and one person from the Ada East District Assembly, had been trained on how to effectively use and manage the mechanised borehole for the benefit of society.

She expressed the hope that the borehole would aid the development of the area.

Ms Pobee said the Assembly had planned to provide other communities with similar facilities and called on the residents to put aside their political interests and work together for the development of the community and by extension the nation.

Mr Paul Sromoni, an opinion leader, lauded the DCE for the project, which, he said, would go a long way to improve the living conditions of residents and adjoining communities.
He said the residents had tried several times to drill a borehole but were not successful due to financial challenges, adding: “Now the Action Lady has solved our problem”.