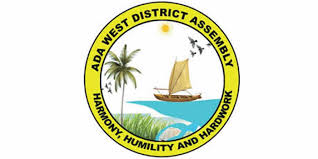 An eight-member committee has been inaugurated at Sege in the Ada West District of the Greater Accra Region to implement this year’s Population and Housing Census to be conducted in May.

The Committee chaired by Mr. Justice Bayong Marfu, Ada West District Coordinating Director, has a mandate to ensure the successful execution of the census in the District.

In an inaugural speech, the Ada West District Chief Executive, Mr. Adzoteye Lawer Akrofi, charged the committee to ensure the success of the census in the District.

“The United Nations recommends that every country should endeavour to take a population census every ten years, ”he said, adding that a population and housing census was an indispensable governance tool required to ensure that democracy worked for all.

Mr. Justice Bayong Marfu, on behalf of the committee, promised to work diligently to justify the confidence reposed in them.