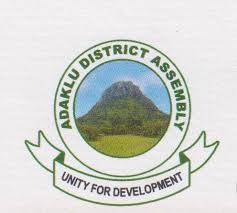 The Adaklu District Assembly has scored 38 per cent in a performance audit conducted by the Ghana Audit Service on two selected infrastructure projects implemented by the Assembly between 2015 to 2018.

The projects, a Community-Based Health Planning and Services (CHPS) compound and a six-unit classroom block, both constructed at Adaklu Toda were examined based on how they were selected, planned and budgeted for, in the Medium Term and Annual Action Plans of the Assembly.

Mr Elliot Asiedu, Principal Auditor with Audit Service disclosed this at a town hall meeting held at the Adaklu District Assembly as part of the implementation of Ghana’s Strengthening Accountability Mechanisms (GSAM) project to share the findings of the Service with people in the District.

He said the Assembly was awarded 38 per cent because there were some lapses in the procurement process and the Assembly’s inability to show documentation for consultation processes that led to the selection of the two projects for implementation, among others.

“There are laid down procedures in the procurement process and you have to adhere to all of them since neglecting one of the processes would affect the result of the project,” Mr Asiedu said.

Mr. Gley Gershon, the Adaklu District Coordinating Director, said even though the District was young and lacked logistics to effectively administer its duties, it did its best to improvise for work to continue.

“We do not use the excuse that we are a young District without facilities to spurn duties rather, we do our best to deliver services expected of us, that is why there are these lapses emanating from our projects because we do not have the machines to determine the strength of our building projects as the Audit service does,” he said.

Mr. Paul Opon Tutu, the Adaklu District Engineer, pleaded with the citizens to willingly release land and logistics whenever the District needed them as it was the delay in securing land that delayed projects, adding that “sometimes before a community will agree to release land, the deadline for the project would almost be due and you cannot follow all the demanded procedures before executing the project.”

He said the District was doing its best to bring back the contractor who did the bad job in the two contracts to rectify the mistakes.

Some residents commended the Audit Service for the exercise and urged it to conduct similar exercises across the District regularly to ensure value for money.

GSAM is a social accountability project funded by the USAID and implemented by CARE, OXFAM and ISODEC in collaboration with the Ghana Audit Service and 25 other Civil Society Organisations.