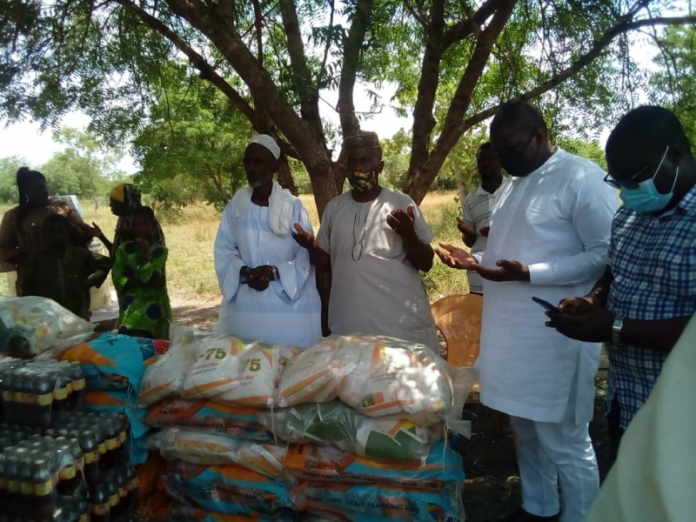 Mr Kwame Agbodzah, the Member of Parliament (MP) for Adaklu, has presented some items to the Muslim community in the Adaklu District at a ceremony at Adaklu Waya in the Volta Region.

He said the items, including 22 bags of rice, 12 cartons of cooking oil and 20 crates of soft drinks, were his contribution to supporting the Muslims at the end of the Ramadan fast.

He appealed to them to work to assist in the district’s development drive to make it an enviable one.

Mr Agbodzah said the district’s major priority was education, without which there would be no meaningful development.

He appealed to the Muslim community to be law-abiding and coexist peacefully with all in the district.

Mr Abdullah Adamu, the Zongo Caucus Coordinator, who received the items on behalf of his colleagues, expressed appreciation to the MP for the gesture.